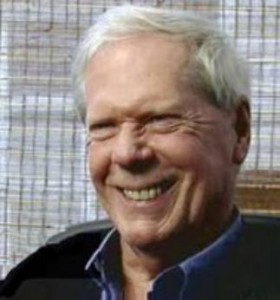 Former Treasury Secretary Dr. Paul Craig Roberts says all U.S. financial policy revolves around propping up the dollar.  Dr. Roberts contends, “I’ve always said the whole system is rigged.  It’s a house of cards, and the weak spot is the dollar because they cannot print foreign currencies for which to buy dollars.  So, if there is a worldwide run on the dollar, they lose control then.  In the meantime, they have all these things they can do to counteract the direction of the markets, and I expect them to continue doing that.”

So, if propping up the dollar is the top priority, then suppressing the gold price is a close second.  Could the COMEX or LBMA simply run out of metal sold below mining cost?  Dr. Roberts says, “Well, a lot of people think that, particularly people who think there is no gold left in Fort Knox or in the New York Fed.  They think all that has been lent out and used up.   If they’re right, then the policy they have in naked shorts in gold to drive down the price just increases the demand in Asia for more bullion.  If that is true and they don’t have a way to make those deliveries, then they are producing the crisis for themselves by holding down the gold price.  Whereas, if they let the price rise, it might temper the demand for gold in Asia and remove that problem.”

Dr. Roberts goes on to say, “The reason they want to hold the gold price down is they are afraid of its impact on the dollar.  The reason why they had to suppress the gold price is they had to protect the dollar from quantitative easing (QE) because they were printing trillions and trillions of new dollars.  This was worrying people around the world who hold dollars because the dollar was increasing, but not the goods and services in the American economy.  So, when the gold price took off, the Fed said this endangers QE because if the dollar is declining in value relative to gold, it must also be declining in value relative to other currencies.  Once the exchange rate starts collapsing, we lose control.  So, we’ve got to suppress gold.  I don’t know which side of the equation will play out first.  I don’t know if they will run out of gold to deliver to India and China, or people will say this is a rigged scheme and we are just not participating anymore.”  Roberts adds, “Again, I don’t know how this will play out, but we keep seeing developments that indicate that people are not content to play in rigged markets.”

On the Ukraine crisis, Dr. Roberts says, “Putin is saying, look you are pushing too far.  Because we are reasonable doesn’t mean you can walk all over us.  Don’t get the idea that because we (Russia) haven’t slapped your face that we are going to permit this forever.  You are being very, very aggressive to somebody who can stand up to you, and we are prepared to do that. . . .So, that is the message that he gave.”

On the Islamic State in Iraq and Syria, Dr. Roberts says, “We have lost control.  We now have a new enemy that is our own creation.  Not only that, but now the Taliban says it is uniting with the Islamic State.  So, after 13 years, we couldn’t defeat the Taliban, and we are going to bleed to death over there.  We are already bankrupt and busted, and we are talking about carrying this fight on another 30 years.  Who’s going to pay for it?  The Americans working part time jobs at Wal-Mart?  Do they think they can print money for thirty years and the world won’t flee the dollar?”

On the U.S. dollar, is the world getting ready to dump it?  Dr. Roberts, who holds a PhD in economics, says, “I think on the whole, that there is a risk that it could be dumped all at once, but it’s going to be dumped anyhow, even if slowly, and it’s already started.  When you see the Russian/Chinese agreements and the Russian/Indian agreements, what you are witnessing is people moving away from using the dollar to settle trade between one another.”

Dr. Roberts is a prolific writer, and you can get his analysis and articles for free on his website PaulCraigRoberts.org.  Dr. Roberts has zero advertising, and if you would like to help him keep the site running, you can donate by clicking here.