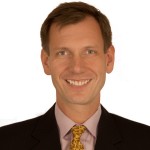 Money manager Axel Merk says, “There really is no such thing as a safe asset anymore. . . . If you hold cash, the purchasing power of your cash is at risk. . . . What we do is try to get out of the dollar. We buy gold, we buy other currencies.” Mr. Merk contends, “The reason why we like gold is because there is too much debt in the world. The Europeans have experimented with austerity, but the rest of the world prefers the printing press.” According to Mr. Merk, the fear trade is turning into inflation fears. Merk says, “Inflation expectations have been coming down. In fact, whenever inflation expectations come down, the Fed has printed more money, not less money. So, we don’t believe in the ‘taper’ story.” Mr. Merk goes on to say, “Ultimately, if we allowed market forces to play out, I’d sell my gold. But, because I do not think Paul Volcker is going to succeed Bernanke . . . I do like my gold. We have been buying in our funds.” Join Greg Hunter as he goes One-on-One with Axel Merk, Portfolio Manager and Founder of Merk Investments.