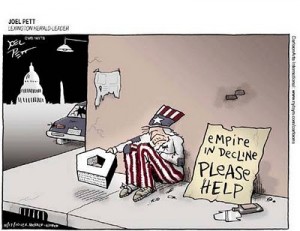 General Motors started trading publicly last week in what is being called one of Wall Street’s most successful Initial Public Offerings (IPO) in years.  The automaker took in $20 billion selling newly minted shares of this iconic American company.  That is only part of the $50 billion price tag in the bailout, but letting GM go under would have been far worse.  Many were against the bailout.  I have been a proponent of saving GM from the beginning.  The reason is simple.  Unlike the big banks, GM (and Chrysler) makes something in this country.  Saving GM was not pretty or easy because the bailout, also, came with a bankruptcy.  High ranking company executives and workers alike were fired.  Bondholders, shareholders and creditors took massive hits.  Even the unions gave large concessions, although they should have been forced to take a bigger hit.  Unions (unsecured creditors) got more than the bondholders (secured creditors), and that was one of the truly ugly parts of the deal.  However, in the end, GM was saved from the scrap heap of history and so were a couple hundred thousand jobs.  This does not mean GM has clear sailing from here on out, but it does have a better than average chance to weather any future storm.

What happened to GM is exactly what should happen to the big banks.  America’s largest financial institutions have not been fixed.  They are still floating in a sea of red ink, phony government sanctioned accounting, and free, seemingly endless, bailout money.  Barry Ritholtz, Chief Market Strategist for an institutional research firm called Fusion IQ, says the GM bankruptcy/bailout was “the single best decision of the bailout era.”  On his “The Big Picture” website last week, Ritholtz said, “It seemed to be the only decision that was not made in a panic. It adhered to the rules of capitalism — when your company is insolvent, it goes into reorganization or dissolution. The brutal, Darwinian rules of the market and of bankruptcy applied — not the influence of lobbyists, or special favors from Senators. The Treasury Secretary’s former gig was not running an auto company, he ran a Wall Street bank — so there could be no special favors expected to come from that quarter either.”  In short, the plan worked!

When it comes to the big banks, Ritholtz says, “Instead of letting insolvent banks fail, we turned over the keys to the castle. We could have fired the incompetent management that caused the problems — but most of these execs are still in the same highly placed positions in their firms. In terms of senior personnel, the industry is literally unchanged. Bad debt? Still on the books.  Sufficient capital? Many years away.  Business model? The same highly leveraged reckless strategy that got them into trouble in the first place . . .” (Click here to read the complete Ritholtz post.)

Unlike GM, most of the big banks didn’t just make bad business decisions or produce an inferior product, they engaged in all sorts of financial fraud according to former bank regulator and economics professor William Black.  In an Op-Ed article he wrote for the Huffington Post, he said, “The banks that are foreclosing on fraudulently originated mortgages frequently cannot produce legitimate documents and have committed “fraud in the inducement.” Now, only fraud will let them take the homes. Many of the required documents do not exist, and those that do exist would provide proof of the fraud that was involved in loan origination, securitization, and marketing. This in turn would allow investors to force the banks to buy-back the fraudulent securities. . . . Foreclosure fraud is the only thing standing between the banks and Armageddon.”

Black thinks we should, also, put many of the big banks into bankruptcy starting with the weakest–Bank of America.  In his October article, he said, “. . .it is time to place the financial institutions that committed widespread fraud in receivership. We should remove the senior leadership of the banks and replace them with experienced bankers with a reputation for integrity and competence, i.e., the honest officers that quit or were fired because they refused to engage in fraud. We should prioritize the receiverships to deal with the worst known “control frauds” among the “systemically dangerous institutions.” (Click here to read the complete HP article Black co-wrote.)  By the way, during the aftermath of the savings and loan crisis in the early 90’s, more than a thousand financial elites were successfully prosecuted, according to Black.  In the aftermath of the 2008 financial meltdown, not a single financial elite has been indicted or convicted.

Trillions of dollars have been wasted already bailing out the banking system, and nothing has been fixed.  The banks are as insolvent as ever while Wall Street pay is hitting new all-time records.  This is happening against a backdrop of a plunging economy.  It appears the greedy, incompetent and crooked bankers are taking as much out of America as possible before their day of reckoning.  The banks cannot escape their fate.  It is controlled bankruptcy now or uncontrolled bankruptcy later, but bankruptcy it will be.  Let’s pray it will not turn into a financial “Armageddon.”