Home
»
Political Analysis
»
Chaos Does Not Lead to Democracy 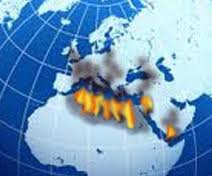