Home  »  Political Analysis   »   Is the World Spinning Out of Control? 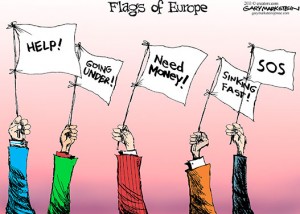