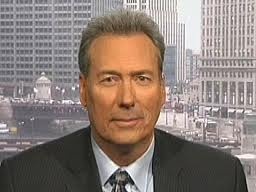 Silver expert David Morgan says prices of the white metal may be low, but demand is huge. Morgan explains, “I did a survey of many of the top wholesalers and retailers in the country and came to the conclusion that the retail side of the market has basically seized up. One of the biggest mints in the U.S. is backlogged about 4 million ounces. You have two other main government mints that are basically on halt and not producing, or trying to catch up. You have huge premiums in the silver bar market and extremely high premiums in the silver bag market, or what is referred to in the industry as junk silver. Dealers are paying $5 above spot to source silver bags. What that equates to for the cost of silver is about $19.25 an ounce, and we are in the mid-$14 range for an ounce of silver. So, obviously, there is a huge demand that cannot be met with the current supply in the retail market.”

Morgan also says silver is an inflation adjusted deal. Morgan contends, “The average mining cost used to be about $22 an ounce, but with the oil price dropping, it’s now about $15. In most cases, you are buying it for less than the best producers on the planet can produce it for. . . . We are basically at the same price, using the true money supply, when it was $5 silver in the early 2000’s. So, if you look at all the fiat currency floating around now, and you use that metric, you are buying silver at the same price (inflation adjusted) as you were in the early 2000’s.”

So, why all the demand? It could be fear of what is coming, and Morgan thinks what is coming is the same thing that has happened to Argentina when its currency crashed. Morgan explains, “People lost their bank savings. People lined up in the street and grabbed pots and pans and spoons and go to the banks at lunchtime and, in unison, pound on the bank in protest. People took to the streets. 40% of the middle class became below the poverty line. You could not access your savings. You could go to the bank, but you could only withdraw a certain amount. Sound familiar? It’s exactly what happened Greece. There were many people unemployed and people taking to the streets saying that they were victims of the IMF (International Monetary Fund). . . . The U.S. could turn into Argentina, and I believe it will happen. Why did this happen in Argentina? Overspending–this is the bottom line of why it took place.”

The main problem America and the world has is what Morgan calls “the debt bomb.” He says the debt is at the center of the black hole of our problems. Morgan explains, “We are reaching a limit. All systems reach a limit. No tree grows to the sky.”

In March, Morgan predicted September as a time of increasing turmoil in financial markets and thinks it’s downhill from here. On the continuing turmoil, Morgan says, “It will be ebb and flow, but the trend is increasing, increasing and increasing. It will, unfortunately, in my strong opinion, it will get worse before it gets better.”

Join Greg Hunter as he goes One-on-One with David Morgan of Silver-Investor.com.

(There is much more on the video interview.

After the Interview:
There is free information on the home page of Silver-Investor.com. You can also buy a subscription to get David Morgan’s detailed market analysis by (clicking here.) If you would like to buy a copy of “The Silver Manifesto,” (click here.)