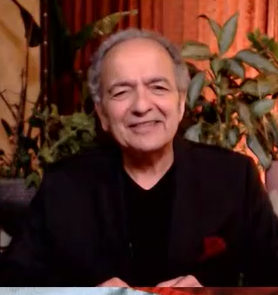 Top trends researcher Gerald Celente said last year the global economy was headed for a big crash—not anymore. Celente explains, “Here’s what changed our forecast. . . . Jerome Powell, the Fed Chair, said on January 4th 2019, the Fed was going to be “patient” in raising interest rates. . . . The numbers came out for the jobs report, and they created over 300,000 jobs. Wages for all of 2018 have gone up the strongest in 10 years. That would have been a reason to raise interest rates based on Fed policy. Instead, Powell said, ‘We’re going to be patient.’ We sent out a Trend Alert, and here’s what we said, ‘Trump bump and no recession.”  We are also saying not only are they not going to raise rates, but they are going to be lowering interest rates. That is the Trump card that the other countries don’t have. . . . They can’t lower them in Europe. They have negative interest rates. . . . Everybody is in a box except America.”

Celente says cutting interest rates “will send gold higher, but the dollar may go up as well.”

So, what does that mean for Trump’s re-election chances in 2020? Celente says, “You are hearing it first right here. . . . We are writing right now in The Trends Journal at this point, it all depends on the swing states. Trump lost the popular vote, but he got the swing states and won in the Electoral College. The key issues in the swing states are the border, the economy and trade. There is going to be positive trade news coming out because there is not going to be and there never was a trade war with China. So, we believe the ‘Trump Card’ will be the winner in the 2020 Presidential election reality show. It will be the swing state popularity that Trump will still have.”

What are Celente’s biggest fears for an ugly surprise for Donald Trump?  Celente says, “The wild card is higher oil prices. That can destroy the world. . . . I am most afraid of war. That’s our biggest fear, and the rhetoric against Iran is heating up. If there is a war in the Middle East, kiss the markets and the economies goodbye. Everything right now is very wobbly, and it’s being held up by this cheap money. So, oil and war are our greatest fears at this time.”

Join Greg Hunter of USAWatchdog.com as he goes One-on-One with Gerald Celente, publisher of “The Trends Journal.”

There is free information and original analysis on TrendsResearch.com. For more original cutting edge research, you can become a subscriber to The Trends Journal by clicking here.