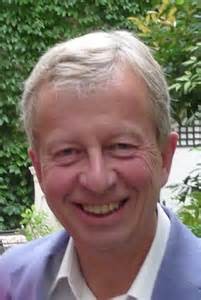 Financial expert Egon von Greyerz says the recent Fed rate hike will not help the financial markets. Greyerz predicts, “I think we will have one disaster after another, first in the junk bond market, then in emerging markets and, after that, the subprime markets. Subprime car loans and student loans I see as another massive problem area. It is going to be one thing after another that will unravel. Since 2008, when the world almost went under, we have printed or increased credit by 50% or by $70 trillion, and the world economy is still struggling to survive. I think the real change in confidence will come down when markets come down. . . . I think things will come down very quickly.”

Von Greyerz, who was a top European banker and stock market expert for nearly 20 years, points out, “World trade is coming down dramatically. . . .The Fed is totally out of sync with reality. This is a world market. The U.S. is not an island unto itself. . . . The sad think is the Fed has created a massive bubble. They should have increased rates a long time ago. By not letting the market forces take their due course, we now see in the U.S. the most massive asset bubble ever in history. That would not have happened if they would not have kept interest rates at 0% for 7 years. . . . There is nothing that justifies a rate increase, at this point, except the face saving measure taken by the Fed. They had told the market this, and they didn’t dare to do anything else. . . . I think what will happen now is this quarter of percent will not last for very long. It will have to come down. . . . All the indicators are that we are going to get shocks going into 2016, and their increases they are forecasting are not going to happen. It is more likely that they are going to lower rates.”

On currencies, von Greyerz says, “I think currencies worldwide will continue to come down, and the dollar is overvalued and is going to come down. Of course, that will mean people will start selling bonds. We know that the bond market is the biggest bubble in the world.”

Von Greyerz goes on to say, “I do not think the banking system will survive in its present form because the amount of debt outstanding will never be repaid. They will start with bail-ins, but that won’t be sufficient. Sadly, the depositors’ money will not be sufficient. To stop bank runs now, they are stopping people from taking out cash. That is not what people are going to want to see in the next year or so.”

So, what is the timing of the coming calamity? Von Greyerz admits he does not know, but contends, “We are not just talking about the U.S., we are talking about a global level. . . . Once it turns, it is going to happen very quickly. So, when will the turn come? The turn will not only be in the credit markets, but it will also be in the stock markets, and there will be a total loss of confidence. I am happy to admit that I thought these things would have happened already. I have been premature, but I look at risk. To me, you have got to buy your fire insurance before the fire, and we are likely to have a fire in the near term future.”

There is free information and articles on Egon von Greyerz’ website, GoldSwitzerland.com.