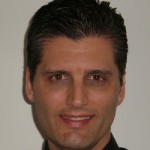 Financial analyst and trader, Gregory Mannarino says the new Iraq crisis is no accident.  Mannarino says, “They are letting this happen on purpose. . . . We have an economy that needs to borrow cash into existence.  It is built upon the acquisition of debt–period.  This cash needs to be borrowed into existence and then dispersed.  They don’t even care where it goes.  If this mechanism becomes impeded in any way, the whole thing will collapse.  We do not have a wealth based economic model.  We have a debt based economic model. . . . The United States of America has been involved in more military conflicts than every other nation combined, multiple folds, why?  It’s the mechanism, the U.S. dollar being the world reserve currency, needs to be borrowed into existence and then spent.  So, the propagation of war is paramount with this type of an economic model.”  Mannarino thinks, “I believe they allowed this thing to develop and this whole thing to come apart because this is part of the scheme to keep the whole thing propped up.”

Mannarino predicted this type of move a few years ago in a book he wrote titled “The Politics of Money.”  Mannarino goes on to say, “This is a very dastardly and evil mechanism.  The propagation of war, their next step in keeping this propped up.  What people also don’t understand is the U.S. military is mandated to protect the oil of OPEC nations.  Iraq is an OPEC nation.  We have to get in there and do something.  So, it is a set up.  The whole thing is a complete setup to keep this propped up, and this is being done in collusion with the Federal Reserve, our policy makers and the industrial military complex.  This has to be understood for what it is, and we have all known that war was in the cards for a long time, and we are starting to see it unfold now.”

It appears there is no urgency to stop this rout by al-Qaeda related terrorists in Iraq.  Mannarino contends, “They need to sell this, and it’s already being sold on the mainstream media to the average person out there.  What they are going to do on the mainstream media is start showing more brutal acts by these people to get the fear brewing in people’s minds.  I would not be surprised and fearful of a false flag to get people to back another war over there.”  Mannarino goes on to say, “This has to happen.  This is in defense of the petro dollar . . . this is the basis of every single thing that is going on right now.  This is to defend the U.S. dollar as the world reserve currency, to defend the petro dollar.”

Mannarino goes on to say, “This is how we know we are at the very, very end of this entire thing.  The European Central Bank is making the most desperate move possible with negative interest rates.  The Federal Reserve will be following suit with something else, and I don’t know what, and we have the propagation of war to keep the dollar propped up. That is what this is. . . . But it won’t last.”

Massive fraud has been keeping the system propped up since “the party over moment” of the 2008 financial meltdown.  Mannarino says, “It is so evident, the amount of fraud across the board is epic.  We have never seen anything like this before.  It wasn’t this bad during the credit derivative bubble that devastated the global economy, and it has gotten worse.  Their goal is to prop things up, and they don’t care what reality is.  Forget about the last credit derivative bubble, it is much, much worse now.  This is distortion being created by the world’s central banks on purpose.  That one metric is allowing fraud to bleed across every asset class.”

Gregory Mannarino predicts, “I think we are going to get record high after record high in the stock market until the whole thing blows up.”  If you would like to buy a copy of Mannarino’s book titled “The Politics of Money,” click here.  (Look for a RED book cover on the right side of the page when you scroll down.)  Click here for the Home page of TradersChoice.net.