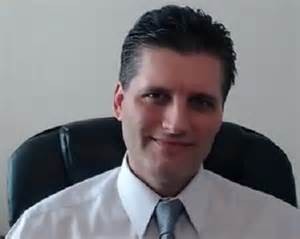 Financial writer and trader Gregory Mannarino predicts that big debt defaults are coming. Mannarino contends, “We are starting to see this with Greece and Puerto Rico here. It’s everywhere. This is a global problem and it’s going to engulf the world. This debt problem is going to swallow the earth. They have done this on purpose. They cannot be this stupid. . . . They are doing this on purpose and there is going to be no soft landing. It is a global issue and it is going to implode.”

Mannarino says the current financial system is dying and it was designed to die. Mannarino explains, “It’s a debt based system, and we are at the end of it now—period. This is why this is occurring—why? We are seeing equities inflate while we are seeing deflationary spiral with commodities, and it may get worse. People are going to start to realize that the debt is no good, and then cash is no good. So, what are they going to do? They are going to flock to commodities at some point in time. People will realize that commodities are real things. They are not floating around in some fantasy land where debt is a real asset. Debt is backed by nothing or the debt is backed by bankrupt governments so it’s worse than nothing. All of this is going to reverse at some point. All this cash that has been hyper-inflated by the central banks is going to move into commodities.”

With the big move by China to devalue the yuan, it now looks like a Fed rate hike in September is highly unlikely. So, what happens if the Fed says it is not raising rates? Mannarino says, “We are going to see the debt hyper-inflate further. You are going to see the U.S. equity market probably gain a little bit here, and you are going to see this deflationary spiral still play out in commodities. I think the dollar will pull back without a shadow of doubt. That is going to push commodities higher, but they will find other ways to manipulate and twist this until they can’t. Please focus on this: The now cannot be sustained. It’s a bubble, and every single bubble in history has burst. All bubbles burst because they rise above a level that can’t be sustained by any means—any means. If they don’t raise rates (in September), the dollar is going to pull back dramatically.”

On China’s recent problems and devaluations, Mannarino says, “China is in big trouble, and they are broadcasting to the world that they are in big trouble. They have taken over their stock market. They are not allowing certain trades to take place. They are not allowing shareholders to have more than a 5% stake in a company to sell it, and they are forcing brokerages to buy stock. That’s incredible. So, they are broadcasting that they are in a lot of trouble. This is a global problem, and it’s not just limited to Greece or Puerto Rico. This is a global problem and it is going to be a global meltdown, the likes of which people cannot even fathom.”

After the Interview:
Gregory Mannarino’s website is TradersChoice.net. He gives free trades and strategies. He sells nothing and also provides free analysis and articles.