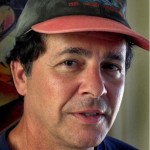 Financial analyst and newsletter writer Rick Ackerman is no stranger to contrarian calls.  At the beginning of 2014, he said forget about rising interest rates because they were going down.  They did.  Now, Ackerman predicts rates will go lower and will stay low for a long time.  Ackerman explains, “My perspective is that of a deflationist, and it’s been easy for me to see.  Even though we have inflation in certain things . . . the much bigger picture is deflationary.  It is that huge $1 quadrillion edifice the central banks are fighting to keep from imploding.  So, I am a deflationist and I see rates coming down.  My (2015) projection for the 30-year Treasury is 1.74%.”

Ackerman goes on to say, “There is a kicker there for U.S. debt paper in particular, and that is if everything should start to unravel globally, the USA would be perceived as the last man standing.  I think you would have that flight to quality, and I am going to put quality in quotes, but we definitely have that safe haven status that would make Treasuries a buy even if everything goes awry.”

On the effect of all the Fed money printing since the 2008 financial meltdown, Ackerman points out, “We certainly have pumped up asset prices, but it hasn’t really done much for the real economy.  You understand what happened in 2007 and 2008, and we are actually going back to the dot-com craze.  We are more pumped up right now than in dot-com times in terms of valuations.  So, you know there is a collapse out there somewhere.  Whatever pumping they are going to do is not going to work.  It’s not as though dollars get shoveled out of airplanes.  They only work in the financial sphere. . . Let me say also, when you talk about priming the pumps, that does nothing to meet real bills which are deflationary, including every pension that is offered by U.S. companies and the U.S. government.  There we are talking about real dollars, and we are not talking about real dollars when we are talking about monetization.”  Ackerman goes on to say that state and local governments cannot print money.  Thus, Ackerman contends, “They aggregate to numbers we can’t pay our way out of. . . . Those are essentially hugely deflationary forces in the pipeline.”

On gold, Ackerman predicts, “I have given an over/under number for my projections for 2015.  I am leaning a little bit toward an $810 target on COMEX, meaning it’s going to come down a few hundred points.  That’s probably the worst I could see, but if something I cannot imagine right now that would send gold much higher, my target would be in the $1,700’s with an outside shot at $2,300 per ounce.”

On the possibility of a repeat of the financial implosion of 2008, Ackerman says, “I think the collapse in energy prices is probably the most logical catalyst for a real crisis, and it could feed into other things.  We are definitely in a house of cards situation, and I haven’t seen anything as obvious or logical as the energy price collapse as far as what might produce that black swan. . . . Of course, the higher the prices go, the higher the averages go and the more money it takes to sustain it.  So, it is not a perpetual motion machine.”

There is lots of free information and articles on RickAckerman.com.  Rick also has a newsletter subscription service called “Ricks Picks.”  The cost is $600 per year, but right now you can sign up for a free two week trial.  Please click here for that offer.

(USAWatchdog.com gets zero compensation from this offer or any other subscription offer posted in the “After the Interview” section.)