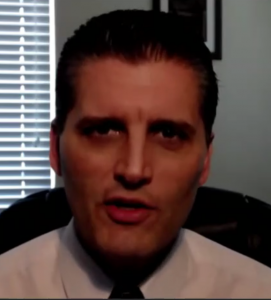 Trader/analyst Gregory Mannarino says the debt crisis of 2008 is going to blow up again. Mannarino explains, “The European debt crisis was never fixed.  They kind of just added more debt onto a debt issue.  They maxed out their credit cards and found a way to borrow a little more.  That’s the main issue that is driving the markets here. They want people to believe it’s political turmoil.  Of course, that might be some of this, but the fact that some of the largest economies on earth (in Europe) are now, once again, facing their moment of truth – it’s a debt crisis. . . . Europe is facing another debt crisis—period.”

Mannarino also points out, “The Fed is not magic. They do not have divine power.  They have to get into the market and make it happen.  They have to buy bonds.  Quantitative easing never stopped, and it is continuing on as we speak.  We also know the world central banks are doing things like buy each other’s debt to try to keep this propped up.  This issue that is unfolding in Europe has the potential to be a tsunami or to start this tsunami of a correction to fair value around the world.  It’s not a crash.  It is a correction because everything has been distorted.  Central banks have been on a buying binge unlike anything ever seen in world history.”

Trader/analyst Gregory Mannarino predicts, “We are going to face a moment when bonds are going to sell off rapidly, and no action by world central banks is going to be able to stop the bleeding. That means yields will spike very, very rapidly. . . . You get a sell-off in the bond market.  You get a sell-off in the stock market, and as you know, money will not go to money heaven.  It will go somewhere, and it will go into suppressed assets, things they have been rigging now for a decade.  How can world debt explode the way it is doing and certain assets, and I am referring to gold and silver here, not also be exploding to the upside?  This is all being done to prop up the markets, and there is going to be an awful price to pay for this.”