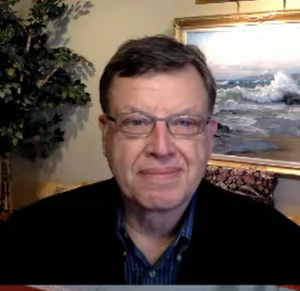 Dr. Dave Janda of the popular radio show Operation Freedom says the end of the Mueller probe means the coup to remove Donald Trump from power is over. Why would all these high ranking players create a fake story and commit massive crime to take out Trump? Dr. Janda says, “Power, control and money. Donald Trump is not part of their particular silo in the globalist club, that being the Rothschild/Rockefeller axis. They saw Trump as an enemy of their state. The movement he helped create took on their power base and attacked the middle level puppets of the Rothschild/Rockefeller axis, meaning the Obamas, Clintons, Bush family, McCains, Romneys, Ryans and Soros’. They see Trump as an individual leading a movement that can affect how they have been able to control and their ultimate power. . . . They want to undermine him and continue to want to remove him from office. When you break all this down, it is about sedition . . . and treason. . . . Why would they do something like this? This is all about sedition, treason . . . and a cover-up of all these Deep State players’ criminal activity. This was meant to get Hillary in power so they could continue to sweep this under the rug.”

Trump is not only going after the mid-level players in this failed coup but is going all the way to the top of the power and money orchestrating it. Dr. Janda says, “The higher ups come down two ways. One, he is by squeezing the mid-level players, and number two, he’s going to use the Al Capone technique. Capone was brought in on tax evasion. I think the way they are going to bring in the Clintons is to go after the financial irregularities in the Clinton Foundation and how it did business. . . . as much as $2.5 billion, and that’s just for starters, was used in a money laundering operation through the Clinton Foundation. . . . I also think they are going to squeeze the higher ups like the Rothschilds, Rockefellers and the Payseurs and going all the way up. They are going to squeeze them on the financial side. . . . It doesn’t stop with the Obamas and Clintons, Bush and Soros because you are not solving the problem. When you are looking at cancer, you can’t take a small part of a tumor. You have to take out the entire tumor.”

Why is the takedown of the Deep State taking so long? Dr. Janda says, “The system is rigged to blow. . . . One of the concerns is as the Rothschild/Rockefeller axis loses its power, control and financial resources, they will do something that’s terrible and harm a lot of different people. President Trump is one of the individuals leading the charge and trying to protect the system. So, as it does reset itself, it will be a reset that is not catastrophic for millions of people. . . . A number of people tell me they are surprised the system has not cracked further already. The reason why it has not happened is there has been this shoring up process behind the curtain. . . . The declassification has not taken place yet because the President and his team have been trying to cordon off all these threats on a number of different fronts.”

In short, Janda contends that President Trump wants to make sure all Deep State counterattacks are neutralized before declassification and arrests are made.

Dr. Janda goes on to say, “This is a huge awakening project for the American public. . . . There has to be a huge awakening of the public. The public has been propagandized for decades, and the first part of bringing down that facade was labeling the mainstream media (MSM) as being fake. The MSM was all involved in treason and sedition. They were all involved in propagandizing the public, and they are all part of the problem.”

Dr. Janda says the real end goal of the globalists is to destroy America and loot it in the process. Dr. Janda says, “Yes, because we were the speed bump to the globalists’ goal and objective of a New World Order, a One World Government and complete control.”