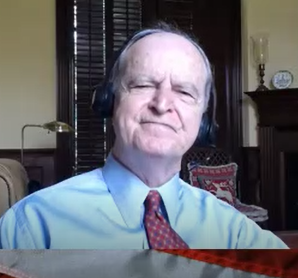 The Federal Reserve made it clear it was working against President Trump for the 2020 election.  Former NY Fed Chief Bill Dudley wrote an Op-Ed recently that said President Trump was “making bad choices” in his trade negotiations with China.  He also said, “There’s even an argument that the election (2020) falls within the Fed’s purview.”  The Fed is clearly saying it could tank the economy to keep Trump from getting a second term.  Federal Reserve watcher Wayne Jett wrote about the Fed, “The Fruits of Graft,” and says this is why Trump and the Fed are doing combat right.  Why is the Fed doing this now?  Jett contends, “They have a President that is coming after them and is in their wheelhouse in terms of what their role is.  He is basically giving them warning shots across the bow that says if you come after me during my re-election, I am coming after you.  I think this is great.  In a piece I recently published on my website that said Dudley has let the cat out of the bag, or you could say he stepped in it in terms of the Fed fight, Dudley has put it right out front and, yes, the Fed is going after President Trump and Dudley says they ought to.  He is making a public case that this is for the good of the country.  Ordinarily, they go after the President or they go for him–and that is usually the case.”

Jett goes on to say, “The Fed is one of the most powerful instruments the kingmakers have to determine what goes on in the political arena in the United States.  So, in my opinion, Dudley did us a great favor by letting the cat out of the bag and making the Fed fair game for this President.  Dudley basically said let’s step up and cause a recession to get this President out of office.  We can do it.  Well, of course, they can.  They have done it in the past election.”

Jett says an important think to keep in mind is the bad guys are not going to be able to keep all the vast wealth that has been stolen out of the United States.  Trump signed an Executive Order in December 2017 that allows the Treasury to freeze assets of people engaged in “human rights abuse and corruption.”  Jett thinks this is a way to cushion the fall for the masses in turbulent political and economic times.  Jett explains, “There has been a great deal of theft of gold at various levels.  There has also been a great deal of fortunes built in such things as the drug trade and all of which relates to the corruption of the Executive Order you and I spoke about.  It was signed in 2017 . . to declare a national emergency related to human trafficking and corruption.  I think a great deal of wealth has been confiscated or at least frozen. . . . That wealth is frozen and subject to confiscation. . . . Our military has, I think, been used to recover large amounts of stolen gold.  We have to wait and see how successful President Trump has been in making recovery of assets.”

Jett also says that basically President Trump is “not going to allow the bad guys to keep the wealth they stole.”  This confiscated wealth will be used to help America recover.

Join Greg Hunter as he goes One-on-One with Wayne Jett, Attorney, Federal Reserve expert and author of the popular book “The Fruits of Graft.” 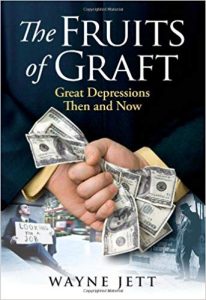 You can get a copy of Wayne Jett’s popular book “The Fruits of Graft” by visiting his website ClassicalCapital.com.  There is also free information and current articles written by Jett.