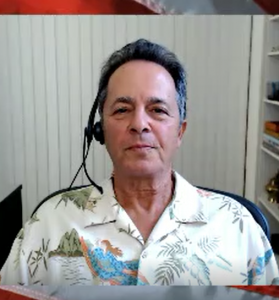 Financial writer and professional trader Rick Ackerman says don’t expect a replay of the 2008-2009 financial crisis where the Federal Reserve bailed out almost everything in sight. Ackerman explains, “It ended up Lehman Brothers went under, and they needed a couple of sacrificial lambs, along with Bear Stearns. It could have just as easily been, and it might be the next time, Goldman Sachs. So, in that way, the Fed is kind of out of bailout bullets. We’ve already been through a bailout where it took a big hunk of the financial system. Each one takes more bailing out to get to that critical threshold of credibility where the bailout itself works.”

Ackerman sees bailout needs everywhere and gives the example of underwater state pensions across the country. Ackerman points out, “If you take just one piece of what they are going to have to bail out, which is going to start with the State of Illinois, which is probably going to be the first state that is going to collapse. It will renege on its pension obligations. So, if you picture the federal government riding to the rescue, the minute they bail out the Illinois pension system, California is there, along with New Jersey, Kentucky and a lot of other states, maybe 19 or 20 of them that have pension systems almost as insolvent as Illinois. . . . This means they are going to have to mail out checks to Illinois and then expand it to California, and all the other states that go under is to court hyperinflation. Of course, hyperinflation, in that sense, you can see where it has to collapse into deflation because . . . printing so much money that it is not going to buy the pensioner anything close to what it would have bought before the bailout. . . . So, a bailout is really self-defeating. . . . We can never inflate our way out of this abyss. . . .So, there is no bailout coming. . . . The debts will always be paid by either the borrower or the lender.”

Some people see a “Mad Max” scenario might be coming because of the enormous unpayable global debt. Ackerman contends, “I am a little more bearish than that. I see a Mad Max scenario as inevitable. . . . I try not to think about it because we’ve all got lives to live and kids to raise. . . . When you go back to the calculous of deflation and that every penny of every debt must be paid, if not by the borrower then by the lender, we have already put ourselves into a condition where Social Security is going to fail. Medicare is going to fail. All the ‘just-in-time’ deliveries are going to be in jeopardy. Food from the grocery stores, one day shipping from Amazon, I don’t see how all these thing s can continue to operate in a condition other than in the false prosperity that we have now. We are at the pinnacle of affluence.”

Join Greg Hunter of USAWatchdog.com as he goes One-on-One with financial writer and analyst Rick Ackerman of RickAckerman.com.