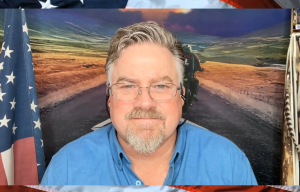 According to precious metals and financial expert Bix Weir, when the FTX cryptocurrency exchange imploded, it took with it billions of dollars of investments.  It now has more than a million creditors both big and small.  Weir says it is the tip of the iceberg in a dying over-indebted system.  Weir contends it is orders of magnitude worse than the Lehman Brothers meltdown that caused the Great Recession in 2008. Weir explains, “Does it really matter if we control the House or the Senate or the Presidency?  The only thing that will matter, the only thing that will change what is going on is when the ATMs shut off and, all of a sudden, people cannot get money out of the bank.  That would change things really fast.  I think it will happen.  All we need is one highly connected derivative bank to go down, and they all go down.  They can bail out a trillion-dollar bank, but they cannot bail out a $2 quadrillion failure, and that is what is coming.  The moment that hits is when everybody will say, okay, nobody is getting paid off. . . .We are going to find out in about a month how many counterparties in the FTX debacle will be translated into the derivatives, which is probably 100 times bigger than what happened on FTX.  Every one of those people on the FTX ledger was placing derivative bets that were hedging their crypto position.  Now, their crypto positions have disappeared.  The actual cryptos are no longer there . . .that is what was hedging this transaction.  There are two sides to a derivative trade.  If one side loses, they double lose.  So, we could see a massive, massive fallout from the derivative mess.”

Weir also points out, “The insanity is we all believe in unbacked fiat money.  That system is dying, and that’s why they are desperate to go to something else. . . . They know the end of this system is going to be painful.  That’s why they keep kicking the can down the road.  Nobody really pretends it’s going to work out.  You don’t hear the government saying we are going to pay off the debt. . . . Nobody talks about that anymore.  They talk more about what will we do next. . . .Let’s invent a new kind of currency.  That’s what they are talking about now because everybody has known since day one that this system will end.”

Well known politicians, sports stars and big-financial institutions were all involved with FTX.   Charges are flying that FTX was a money laundering operation, a fraud and a huge public rip-off.  This is a symptom of what comes at the end of a financial system.  What does the end look like?  Weir says, “It might be we have many currencies being used with the collapse of the system. . . .Our government is completely corrupt.  When they find out all the bad things your politicians have done to your country, to humanity and to children, good night.  There is going to be chaos in the streets.  Then what do you have that will work in a barter type situation until we all figure this out.  I think that is where we are going.  Right now, it’s going to be painful.  December will be really painful, and in January and February, who knows what will be with the change in government–if there is one.”

Weir says gold, and especially silver, are extremely undervalued.  He says physical supplies of both metals are disappearing.  Weir says both metals will be going way up in value in the not-so-distant future.

There is much more in the 34-min. interview.

Join Greg Hunter of USAWatchdog.com as he goes One-on-One with Bix Weir of RoadtoRoota.com for 11/15/22.

(Tech Note: If you do not see the video, know it is there. Unplug your modem and plug it back in after 30 sec.  This will clear codes that may be blocking you from seeing it.  In addition, try different browsers.  Also, turn off all ad blockers if you have them. All the above is a way to censor people like USAWatchdog.com.)

Weir has free information and video interviews on RoadtoRoota.com.   Weir calls this the “Public Road.”  Weir also has a pay subscription service called “Private Road,” which has much more information and analysis. **For a limited time we are giving away (1) Silver “Roota Lives!” Coin with every Private Road Subscription and renewal.