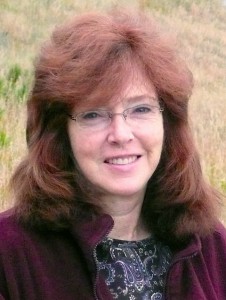 Author/journalist Ellen Brown is constantly warning the public about the harm banks and corporations are causing.  Her latest warning involves GMO foods (Genetically Modified Organisms) laced with a weed killer.  Brown says, “We’re not allowed to know our food is GMO . . . Glyphosate inhibits your enzymes to digest food  . . . it’s been linked to 40 different diseases.”  Brown says GMO food and many other things are part of the latest trade agreement called the Trans Pacific Partnership, or TPP.  Brown says, “It is supposedly a free trade agreement, but it is not really free trade.  It is more like a restrictive trade agreement.  In other words, it is imposing corporate monopolies on other countries and on us.”

Brown, who has written a dozen books, is a proponent of public banking where banks are treated more like utilities that evenly spread capital around the economy.  Brown contends, “You don’t have to force a separation of deposits and investments.  Just give people a place to put their deposits, and they’ll all rush to the public bank because it is the only safe place to be.”  Brown thinks so-called ‘bail-ins’ are coming.  Depositors’ money will be legally taken.  Brown says, “That’s the big disaster that’s coming.  Probably one of these big derivative banks will go bankrupt . . . the derivative players will get first dibs.  They’ll grab all the deposits, and there won’t be anything left.”  Join Greg Hunter as he goes One-on-One with Ellen Brown founder of Web of Debt Blog.at EllenBrown.com