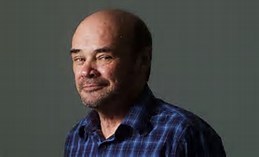 Legendary geopolitical and financial analyst Martin Armstrong continues to be bullish on America. Armstrong contends, “The U.S. economy has been the only thing holding up the world. People do not realize what is the difference between the U.S. vs. the rest of the world? China respects it, and they are starting to move in the proper direction. . . . The United States has the biggest consumer market, which is why everybody wants to sell here. China now realizes the mistake. China is going to turn inward and try and develop its own consumer market.”

Things are not looking good for the long term viability of the euro. Armstrong says, “Because Europe is a basket case, the likelihood of the euro going to completely fall apart is actually quite high. What did the euro do? It basically replaced 28 currencies. So, the diversity has been shot.”

Armstrong also points out, “Gold has been rallying right along with the U.S. stock market. This is what I said all along. Eventually, towards the end, they have to align. Why? Because at that stage of the game, it’s us against government. So, tangible assets rise.”

Armstrong says global debt is what you need to watch. Armstrong further contends, “Debt is a real problem. . . . People need to realize the problem is in government and not in the private sector. Interest rates will start to rise, and that is what we are looking for going out of the year 2020. You also have all this crazy stuff going on in Congress. . . . Real hatred has developed. It’s incredible. Before, if whoever you voted for lost, you accepted it and moved on. I mean people don’t accept it anymore. So, what is this stuff ‘Trump is not my President’? Well, then, who is he?  There is no President of the United States? It’s your way or no way is what they are really saying. It has polarized the country so much that it’s going to be permanent gridlock. Congress is out of control. Don’t expect anything to help the economy coming out of there. All they are going to do is continually raise taxes. That’s going to really be disastrous.”

What about Armstrong’s “War Cycle”? Armstrong predicts, “It’s pointing straight up. . . . We have two cycles. One is civil unrest and the other is international war. The civil unrest would show more on the revolutionary side, and, normally, they don’t particularly take place at the same time. They realign once every 300 or so years, and that’s what is happening right now. So, we have a rise in civil unrest, and you can see it with this polarization in politics. That will lead to civil war, and there is no other way around this. Neither side is going to accept whoever wins in 2020. This nonsense about Russia and Trump and Russia is absolutely absurd. They claim the Russians hacked the DNC emails and that is why Hillary lost. There is no allegation that anybody faked the emails or they weren’t true. . . . Over 70% of Democrats think that Russia is the enemy. . . . You create that kind of sentiment, and that is what leads to war.”

(Tech note:  I have just reduced the file size of this video and reposted it.  Please tell me if this version plays better and loads faster.  There is a little less quality in video but audio should be fine.)

There is much free information and articles on ArmstrongEconomics.com. You can sign up for his conference in Italy in May, and also be on the lookout for his upcoming analysis and predictions for the global economy, including the USA in the next few weeks.