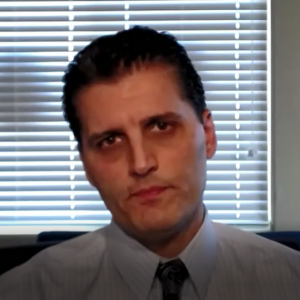 Trader/analyst Gregory Mannarino says, “This market is coo coo,” and “we are in an environment of extremes.” Mannarino says you will know when the real crash comes by watching interest rates and the bond market, not the stock market. Mannarino explains, “The potential for a hard uncontrolled selloff in the bond market is rising. What does that mean? If bonds sell off, yields spike, and that is when we are going to know when there is a big problem in this market. Right now, they seem to have that managed pretty well. This is a managed market . . . We’ve had a managed market since the meltdown of 2008. . . . Ever since DOW 6,000, they jumped in and started buying up everything in sight. It’s not just the Federal Reserve. This is every single central bank on the planet. They are all doing the same thing at the same time. Nothing is real. This is an environment of extreme fakery. I believe they are going to keep this going until they can’t do it anymore. If you are looking for the real issue, you don’t want to look at the stock market. You want to look at the bond market first.”

Mannarino says, “People are being lulled into a false sense of security.” Mannarino goes on to say, “We are told how everything is great, and we are in a global recovery. There is no global recovery. We reflated a debt bubble around the world. You can’t borrow your way into prosperity anywhere. This is what the illusion is and that is everything is okay, but it’s not. Everything is being propped up on the back of the debt bubble, which is a financial Frankenstein. What is going to happen is nothing new, although the magnitude of this one is going to be worse than we have ever seen before. We are going to have a correction to fair value. They are going to be caught on the wrong side of this, and there is no way out of this for them. . . . If you took every single bubble that we’ve had in the past and put them all on top of each other, we are still not reaching the magnitude of this one. This is going to be it, and we are going to watch a systematic destruction of the middle class. We are going back to a two-tier society.”

Mannarino says the dark powers want you to think there is nothing you can do. Mannarino explains, “It’s a case of learned helplessness. People are getting into a state where they think it’s so out of control that they just throw their hands up and they just surrender. No, you can’t surrender. You’ve got to fight back. In the United States, this is supposed to be our government of the people, by the people and for the people. To leave the decisions up to the people over there at the top is insane. We are the government. Let’s take it back—period.”

To protect yourself, Mannarino says, “You have to be your own central bank . . . You need to do the opposite of debt.” That means own real assets such as gold, silver, farmland, art, a house and even a car title. Simply own your stuff and get out of paper.