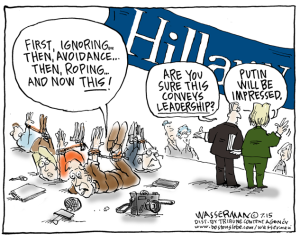 Have you ever noticed this many strange things going on at the same time?  The Iran nuke deal is going poorly.  Greece is looking like it will be plunged into an even bigger depression.  China stock market has turned from hero to zero in a huge market plunge in the last few weeks.  The US stock markets are gyrating up and down with big swings.  There is major hacking going on from stock exchanges to the US government, and Obama and Congress are busy setting up secret trade deals and secret directives.  What is going on?  I say the end of this debt based money system is a process, and this is an ugly process.

I want to start with the Iran nuclear negotiations going on now, and they are not going good.  I have predicted there is going to be no deal.  The latest blurb from Iran’s Foreign Minister is him saying “Never threaten an Iranian.”  This quote says it all and is screaming that negotiations are NOT going well.  The Iranians have already called everybody in the Obama Administration liars and are not backing down on not allowing inspections of its military facilities.  Iran also wants immediate relief from UN sanctions.  This is totally opposite what the Obama Administration wants.  Even if the Obama Administration caves into these demands, Congress will not approve of the deal.  About the best thing Secretary of State John Kerry has said is he “will not be rushed.”  At some point, you have to fish or cut bait.  I would like a meaningful deal, but the data is flashing to me there will be no deal to curtail Iran’s nuclear program.  After that is realized, the next question will be, now what?

The Greeks want another $54 billion in bailout money from the EU and some big debt cuts.  Who knows how this will end, but it can’t be good as a Sunday deadline looms.  Greek banks are already closed and broke for the most part.  A “no deal” vote by the EU will surely plunge Greece, and probably the rest of the EU, into turmoil.  There are very big problems with Spain, Italy and Portugal.  They all have at least 100% debt to GDP.  We all know when debt to GDP goes to 100%, bad things happen.  In Italy and Portugal, the debt to GDP is about 130%.  It’s not just Greece that needs a debt cut, but many other countries need a debt cut because they cannot pay—period.  If the debt is cut, the value of the bonds will be cut, and then all hell will break loose.  We are pretending the world is solvent when it is insolvent and drowning in debt that will never be repaid, and that includes the US.

The China miracle stock market that has gone up more than 130% in the last year has turned into a nightmare.  Some say the US spy agencies have attacked it, but a good friend of mine that lives in China and teaches economics says it is just a bubble.  He tells me the Chinese people have all been playing the market and have been doing it with borrowed money.  This is just the bursting of a very big bubble.  One day it’s down 6% and the next it’s up 6%.  That is not the sign of a healthy market.

The US stock exchange was crashed this week, and trading was suspended in what is called a “glitch.”  Some speculate it was an attack; others say it was a test run for a false flag.  One thing is for sure, the US is in very big debt trouble, just like the rest of the world, and it will not end well.