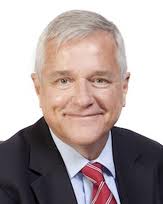 Gold expert James Turk says, “Mr. Bernanke is so anti-deflation he’s willing to risk hyperinflation, and we are on this path of hyperinflation given the policies we are following.”  Turk contends gold is a good value right now.  Turk says, “Because it is money outside the banking system, it doesn’t have any counterparty risk, and that is very important as this crisis continues to unfold.”   Turk predicts, “Either we cut back on spending or the dollar is going to collapse. . . . Those are the two choices.”   Turk’s advice, “By owning physical metal, you are preparing for what looks like a collapse of fiat currencies.  In fact, I call the environment we are in now a fiat currency bubble.”  Turk predicts gold will reach “$11,000” per ounce in the next five years.

Turk goes on to say, “It might come sooner.  It depends on when confidence finally breaks, and we’re getting very, very close to that stage.  There’s nothing holding the dollar together but confidence.”  Join Greg Hunter as he goes One-on-One with James Turk of GoldMoney.com.