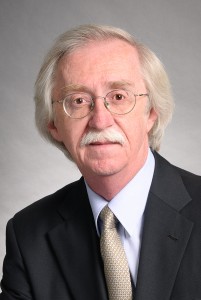 Gold expert Nick Barisheff wrote a book titled “$10,000 Gold” in 2013. According to Barisheff, that number is even more possible today.  Barisheff contends, “It’s hard to believe when I wrote the book three years ago, and I talked about the issues that would lead to $10,000 gold are still there and have gotten much worse.  None of the issues have been solved, and now we are in multiple bubbles, a lot of them surrounding debt, and it keeps growing all over the world, and that’s the main correlation to the price of gold.”

On gold versus other investments such as bonds, Barisheff contends, “We can’t get anything close to normalized interest rates. . . . You have a considerable amount of sovereign bonds with negative interest rates. What can they do, go more negative?  This is one of the long term driving factors.  There isn’t the argument of gold doesn’t have a yield, and therefore isn’t worthwhile as an investment.  Well, many bonds don’t have a yield either, and corporate bonds that do have yield are extremely high risk.  I think they have nowhere to go but down (in value).”

So, how does this financial story end? Barisheff says, “Massive defaults.  People are thinking we are going to have a gold market that’s going to be a steady stair step up, and I don’t think this is the way it’s going to happen.  At one point in time, we are going to have a dramatic increase in the price of gold.  It will then be extremely difficult to obtain gold at that point in time.  People think *** when it is obvious that we have a crisis on our hands, then they think go out and buy gold.  That’s not going to happen.”

Barisheff says all markets are manipulated and fraudulent. Barisheff predicts, “This has been happening in all markets.  When you have a manipulated market, at some point in time, you have a massive correction back to what would be the norm.  It usually overshoots the norm.  It’s like keeping a balloon under the water.  Sooner or later, it’s going to pop.  That’s what we’ve got now.”

What does a ‘massive correction’ mean in the short term? Barisheff says, “This needs to catch up to where it should be.  In my book, to get to $10,000 gold, there is almost a perfect correlation to gold and U.S. debt up to 2012.  Since then, the debt kept increasing and continued to increase, and the gold price corrected.  Right now, if we were going to get back to correlation, gold would have to be $2,300 per ounce, and there is no end in sight. . . . Silver should be around $50 to $60 per ounce.”

There are free articles and analysis on the homepage of BMGBullion.com. If you want to get a copy of Nick Barisheff’s book “$10,000 Gold” please click here.