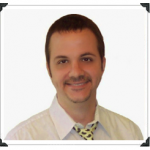 Investigative reporter Michael Snyder says, “The only way they got the unemployment rate to go down is pretending that millions, upon millions, upon millions, of Americans don’t want to work anymore. . . . If the labor force participation rate was exactly the same as it was when Obama was first elected, the unemployment rate would be 11%, and everybody would be talking about an economic depression.”  Snyder, who recently wrote a novel called “The Beginning of the End,” warns, “We’ve seen absolutely no employment recovery; and, meanwhile, the next great wave of economic crisis is rapidly approaching.”  Snyder contends, “What the Federal Reserve is doing is utter insanity. . . . The rest of the world is starting to lose faith in our financial system and the U.S. dollar, and this is the most important consequence of QE (money printing).  They actually use more dollars outside the U.S. than inside the U.S.”  Snyder says, “The economic collapse is happening right now, and it is a steady decline punctuated by moments of crisis like we saw back in 2008.”  Snyder worries about the big banks being more leveraged than ever.  The next crisis, Snyder says, “will be like 2008 on steroids. . . . We’re living in the greatest debt bubble in the history of the planet.”  Snyder suggests people need to take steps to protect themselves against this debt bubble bursting.  Snyder says, “Learn how to grow good food, get alternative sources of energy, and hold gold and silver for the long term.”  Join Greg Hunter as he goes One-on-One with Michael Snyder of TheEconomicCollapseBlog.com.


If you’d like to buy a copy of Michael Snyder’s novel titled “The Beginning of the End,” click this link:  http://theeconomiccollapseblog.com/my-new-book