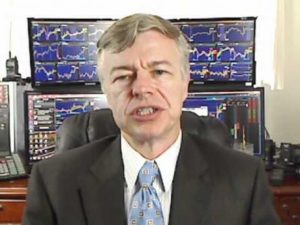 Analyst and entrepreneur Karl Denninger predicted years ago that Obamacare would “kill the economy” and “eventually implode.” Today, the first quarter GDP came in at just .9%, and Denninger contends Obamacare is part of the reason the economy is so anemic. Denninger says, “Since the crash in 2008, we’ve had 2% GDP expansion roughly on an average basis, and you are trying to expand the growth of one program in the government by 8.5%, and that’s not going to work. This is the problem you have. What Obamacare has done has caused the 2% expansion. . . . So, what has happened here is we have taken this program and crammed these costs into the economy on a mandated basis, and the result is the productivity expansion has gone into the toilet.”

Another big problem with Obamacare is the pre-existing conditions. Denninger says, “When you say an insurance company has to cover pre-existing conditions, what you are saying is if this condition costs $10,000, we are going to make it cost $12,000 because the insurance company has to make money. The cheapest way to pay for a condition that costs $10,000 is to write a check for $10,000. That’s just basic math, and yet nobody wants to deal with this. So, the high risk pools were in the process of collapsing, and as a result, you had Obamacare come into essentially force everybody into the risk pools. That was the whole point. Everybody has to buy health insurance and, therefore, force you to take things you cannot get. For example, as a man I, can never need maternity. . . . If you have these things that I have to pay for in my coverage, but the probability is zero of using it, then what you have done is stolen the money from me and given it to somebody else. . . . I don’t think this can be fixed at the present time.”

Denninger, a professional trader, says the financial markets look eerily like they did just before the “dot-com bust” (2000) and the financial meltdown of 2008. Denninger explains, “This is the same sort of situation we are in today. Nobody knows how long it will go on, but you are in a place right now with record margin debt in the United States. That’s very, very dangerous because at the point the margin calls start, the cascade is almost impossible to stop. You’ve got imbalances throughout the system. You’ve got the Federal Reserve where it has to start taking risk off the balance sheet. . . . We all know how this party is going to end. The building is going to catch on fire, and the door is one person wide, and there are 15,000 people in the room. The problem is figuring out how far it goes. At the point the market wakes up to the fact that none of this is going to get resolved at all—ever, that’s when it comes apart. . . . Risk/reward is in a bad place right now. P/E numbers are very high, and the growth numbers are very low”

Karl Denninger goes on to say that the best thing you can do to help yourself in the health care area is to work to improve your own health. Denninger says in 2011, he was 210 pounds and only 5 foot 10 inches tall. He could not run a half mile. Denninger says he totally changed his diet, cut way back on carbs and ate only healthy food. Today, he weighs 155 pounds and is running half marathons.  There is free information and analysis on Market-Ticker.org.