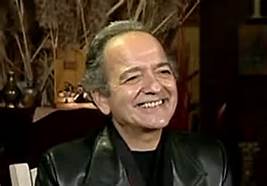 Trends researcher Gerald Celente sees an “October surprise” coming for the economy, terror or war.  Celente contends, “Even that sellout, Mario Draghi (Head of the European Central Bank-ECB) the former head of the Goldman Sachs European division, now playing the ECB President, came out and said the central banks can’t do anymore, and they are looking now for government stimulus.  That’s going to be the new game.  What I am saying is it’s collapsing.  Look what happened in Japan a week and a half ago.  Everybody was waiting for the bank of Japan to play another card, and they had none to play.  So, look for October for things to go bad.  Traditionally, when things go bad in markets, it’s October, and they are going bad now.  By the way, we are now going into the sixth consecutive quarter in the United States with the S&P 500 negative.  Negative earnings in the S&P 500.  The only reason the markets are going up is like Trump said, the cheap dough going in there, stock buybacks and mergers and acquisitions.  Number two:  This is number two A and B.  That is either a terror strike, false flag or real.  You almost saw it in New York a couple of weeks ago when some guy went nuts.  Now, multiply that times 70.  Also, war because they are heating it up, and they are putting out more war talk.  The anti-Russian propaganda is like nothing we have ever seen before, and it continues.  Even at the debate, Hillary put it out there blaming Russia for hacking into the DNC.  There is absolutely no positive proof.  Do you think they have bigger things to do?  Oh, and this is an important one . . . Julian Assange says he’s holding on to information that is going to be very detrimental to Clinton.”

Earlier this year, Celente predicted the debates would be like a reality TV show. Celente wrote in his summer edition of The Trends Journal, “While polls will fluctuate and general interest will wane throughout the summer months, unlike any election in modern American history, and even greater that the Nixon/Kennedy debates, we forecast that the race will be won or lost when the two candidates face off in the main event, the Presidential reality show debates.”  Celente goes on to explain, “So, it is a reality TV show debate, these are not debates, as people and analysts pointed out the unfairness of the questions asked to Trump and not asked to Hillary.  Who made this stuff up that you have two minutes to answer a question about national defense or the economy?  To me, this turned into, at the later stages, a mud slinging contest.  Nothing substantial was generated from it in terms of real strategies.”

On the mainstream media (MSM), Celente says, “The media is very favorable to Clinton for a very obvious reason as we see it. . . . Here’s some facts: The fact is once upon a time, there used to be a thing called communications regulation. . . . Bill Clinton deregulated the industry to allow the few to own everything.  So, six companies now control over 90% of the media.  Why do you think they are supporting her?  Hillary and Bill Clinton get paid $250,000 to $300,000 for a half hour or hour speech when you can hear them BS for free all day long.  It’s called pay-back.  That’s all it is.  It’s a sellout to America.  Nobody is calling them out because why should “presstitutes” call them out?  They are working for the whore master.  They get paid to put out.  That’s what they are doing.  They are putting out the propaganda by the whore masters who run the media.”

Join Greg Hunter as he goes One-on-One with Gerald Celente, Publisher of The Trends Journal.

There is some free information on Gerald Celente’s website TrendsResearch.com. If you would like to go the December 2nd conference where Gerald Celente will reveal his top trends for 2017, you can click here for more information and a short video.   You will have to become a subscriber to attend and you can become one by clicking here.  This will also give you access to nearly all the information provided by the Trends Research Institute which publishes The Trends Journal.