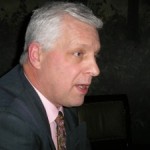 Gold and derivatives expert Rob Kirby thinks crashing oil prices are going to lead to a 2008 style financial meltdown.  This is not a maybe–a market explosion is going to happen in 2015.  Kirby contends, “Oh yes, without a doubt, it will.  It must because the income crude oil sales generate are used to pay the interest on the debt. . . . If you have a mortgage payment of $5,000 at the end of the month and you only have $2,500, you have defaulted.  That is the position they are in right now.  We just need to wait for some coupon dates to come and go because these guys won’t have the money.  They don’t have the income.”

Kirby also thinks what is happening with oil prices being cut in half in a matter of months is no accident.  Kirby explains, “I look at what is transpiring in the crude oil market as yet another engineered or financial trickery on the part of the financial elites. . . . What this breakdown in the crude oil price is going to spawn another financial crisis.  It will be tied to the junk debt that has been issued to finance the shale oil plays in North America.  It is reported to be in the area of half a trillion dollars worth of junk debt that is held largely on the books of large financial institutions in the western world.  When these bonds start to fail, they will jeopardize the future of these financial institutions.  I do believe that will be the signal for the Fed to come riding to the rescue with QE4.  I also think QE4 is likely going to be accompanied by bank bail-ins because we all know all western world countries have adopted bail-in legislation in their most recent budgets.  The financial elites are engineering the excuse for their next round of money printing . . .  and they will be confiscating money out of savings accounts and pension accounts.  That’s what I think is coming in the very near future.”

On the economy getting better and the upward revision to GDP of 5%, Kirby says, “The official data is inconsistent with what you can empirically observe going on in the economy.  The economy isn’t doing well, and in addition to the economy not doing well, the U.S. government, for all intent and purposes, is insolvent.  Why bonds would be rallying against a backdrop of an issuer that is insolvent is beyond anybody’s fundamental understanding, but fundamentals don’t count anymore in our markets. . . . We don’t have markets anymore; we just have interventions. . . . This financial engineering is all a hallmark of communism or central planning.  Central planning has a track record of failing.”

On central banks, Kirby says you need to look beyond the Federal Reserve.  Kirby says, “When you are looking at the extension of the U.S. dollar as the world’s reserve currency . . . you need to look at the Fed, the Bank of Japan and the European Central Bank.  One or the other has been printing since 2008.  The Fed can say we are not printing for 6 or 8 months, but really, what they have done is pass the baton to the Bank of Japan who has been printing like hounds.  They are printing fiendishly.  All they have done is picked up where the Fed left off. . . . As sure as God made little green apples, we are going to see in the very near future a made-in-America financial crisis regarding this shale oil junk debt.  They are going to use that as an excuse for yet more money printing from the Fed.  This is the path we are on, and it will continue to be the path we are on until the whole bloody mess collapses.”

Rob Kirby has some free information on the home page of KirbyAnalytics.com.  There is much more for paid subscribers.  Subscriptions for Rob Kirby’s analysis costs $145 per year.  Click here to go Rob Kirby’s subscription sign-up page.