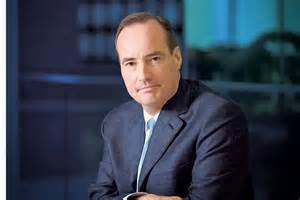 Best-selling author Harry Dent says the stock bubble we have today is the biggest in history.  Dent contends, “Now we’re in a third bubble, and each of these bubbles peaks at higher highs, and then they each crash to lower lows.  We’ve been looking for the Dow to peak right around here between 17,000 and 19,000.  So, we are right in the middle.  We are looking for an even bigger correction likely in late 2016 to 2017.  This whole thing has been in an artificial bubble. . . . We’d be in a depression right now if it were not for $11 trillion or $12 trillion free money printed out of nowhere.  So, this is an artificial environment, and this has never happened before.  The charts look to me that we are at a top, or after a 20% correction, a top later this year.”

Dent thinks deflation is what’s coming, not hyper-inflation.  Dent predicts, “When debt is restructured and financial asset bubbles burst, you are destroying.  I’m estimating over $100 trillion in wealth will disappear.  When you create money by magic and QE and bank loans, it can disappear like magic.  Now you see it, now you don’t.  When that money disappears, there’s fewer dollars chasing the same goods.  That’s deflation, and gold is not going to like that.”

Dent goes on to explain, “People don’t realize that there is not near as much government debt, or Fed created debt, than private system money.  Banks create most of the money.  They lend against asset that aren’t even theirs, your deposits, on a 10 to 1 basis.  Banks only have to have 10% reserves.  They can take a little bit of money and create a lot of money.  At the peak of the debt bubble, we had $10 trillion in federal government debt and $42 trillion in private debt. It’s not so much the Treasury bonds held outside the United States, its dollar denominated loans.  Most emerging countries buy in dollars.  They buy and sell commodities in dollars.  The gold bugs get everything right except they don’t get how fast this money can disappear.  There is no good house in the neighborhood here.  Way more dollars will be destroyed here.  Way more than yen and euros.  So, the dollar will go up in value because there will be fewer of them.  Fewer dollars chasing the same goods is deflation and paradoxically makes the dollar more valuable. . . . I’d rather have cash, and I’d rather have U.S. dollars.”

On the U.S. dollar, Dent says, “It’s already had an incredible run, and we have been predicting in our newsletter that the dollar would step back after hitting about 100 on the dollar index.  We think it will step back to 94 and go sideways for a while.  My target is 120 and this deflation, like in 2008, it was bad for gold and was good for the dollar.  I think gold is going to bounce for several months now, but only a little bit, a couple of hundred points at most.  Then, it is going to go crashing down again.  So, I say gold will go up some and the dollar will go down some for a while.  The next turn is going to be a bigger crash and gold down and dollar up. . . . Our target for gold is $700 to $740 per ounce by early 2017.  Ultimately, it could see $400 to $250 several years down the road.”

On so-called bank bail-ins, where insolvent banks simply bail themselves out by taking depositors’ money, Dent says, “This time, when they blow it up even higher, it’s going to be a steeper downturn.  Who is going to vote for central banks printing $20 trillion next time instead of $11 trillion like the last time?  There are $250 trillion dollars in loans and financial securities around the world.  It’s all stuff that can fall dramatically in value.  I see $100 trillion of that disappearing.  So, is the Fed going to create $100 trillion to make up for that deficit?  I don’t think so.  I think they are going to be checkmated next time around.”

Join Greg Hunter as he goes One-on-One with Harry Dent of Dent Research.

Harry Dent has lots of articles and a newsletter you can get for free by going to HarryDent.com.