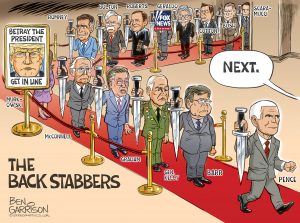 It’s official.  I received my first channel strike from YouTube after 10 years.  I am not allowed to upload content until after Inauguration Day.  I had two recent videos removed from my YouTube channel this week because YouTube said I “violated community guidelines.”  I am not sure what these “guidelines” are, and YouTube does not make this clear either.  In my mind, if anybody calls the Biden election a huge fraud and treasonous attack on our constitutional republic (with the help of foreign powers), then you are not welcome in big tech world.

Of course, that is the truth and exactly what happened.  That means the truth must be suppressed in order to continue the fraudulent election of false President Biden.  What kind of a world do we live in when President Trump is removed from all social media, including his 88 million strong Twitter account, and called a liar by the narcissist head of Twitter Jack Dorsey?  Short answer: an evil one.  These folks must cheat, lie and censor to win, and so far, it looks like their plan is working.

Don’t give up and continue to pray to our Lord and Savior Jesus.

Join Greg Hunter of USAWatchdog.com as he gives an important update and message.

(Tech note:  I am using a new player from Daily Motion.  I have cut the commercials altogether in hopes of getting the player to play videos more smoothly.)

After the Special Report:

I want to get back to a more normal schedule, but I have no Idea what YouTube will do in terms of censorship.  This is why I am experimenting with new video players I can embed on USAWatchdog.com.  You can always find me here because I own it.  Thanks for supporting USAWatchdog.com.