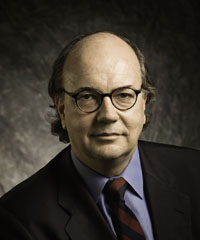 About this time last year, I heard financial expert Jim Rickards say on CNBC, “Federal Reserve needs to cut US Dollar in half over next 14 years.” He followed that up by saying, “If the market sees that playing out which it probably will, you could have a very rapid collapse of the dollar.” Fast forward to today with gold hitting all-time highs, his scenario may be beginning to play out.  Rickards is a heavyweight in the world of finance.  He is Senior Managing Director for Market Intelligence at Omnis, Inc., and co-head of the firm’s practice in Threat Finance & Market Intelligence.  He is a big thinker that peers into the future for a living. Mr. Rickards has given USAWatchdog.com permission to reprint this excellent article.  He uses history to get us to ponder the real value of Gold and U.S. Treasuries.  Enjoy the read. –Greg Hunter–

One of the turning points in the history of world trade was the failed mission in 1793 of Lord George Macartney, representing King George III of England, to the Imperial Court of Qianlong, Fifth Emperor of the Manchu Dynasty of China.  Beginning in the late 18th century, England had increased its imports of goods from China including tea, silks, spices, porcelain and other manufactured goods.  England paid for these imports with silver, and later with exports of opium, which it obtained from its Imperial provinces in Central Asia.  Lord Macartney attempted to persuade Emperor Qianlong to open up China to trade with England so that England’s trade deficit could be balanced with exports from England of cotton and woolen textiles, new mechanical devices such as clocks, weapons and other manufactured goods.  Macartney famously offended Qianlong by refusing to perform the kowtow, an elaborate ritual of bowing and prostration, and in the end Qianlong rejected Macartney’s offer on grounds of China’s “celestial supremacy” summarized in his remark that there was nothing in the world which China lacked, therefore trade was unnecessary.

Left with only silver and opium with which to balance their trade deficit, England quickly decided that they preferred to keep their silver at home and would thereafter balance their trade with massive opium exports to China.  Opium exports to China grew enormously between the 1790’s and 1830’s until addiction reached crisis proportions and the Manchu Dynasty took steps to seize imported opium and to shut down the opium trade.  England responded with military force to open the ports and suppress the Manchu officials responsible in a series of Opium Wars which stretched from 1839 to 1856 and which ended in the humiliation of the Manchu and the subordination of the Chinese economy to the mercantile interests of England, France, Russia, Germany, Japan and the U.S.  Conveniently, England was able to continue to settle its trade deficits with China using opium, which it grew cheaply and in vast quantities.

Plus ça change…. Today the U.S. faces massive, continual trade deficits with China and has for decades.  We take DVD players, flat screen TV’s and iPods instead of tea and silks but the fundamental dynamic of world trade has not changed in 300 years; the U.S. still needs to find a way to pay for its deficit.  From 1944 to 1971 under the Bretton Woods international financial system, the U.S. would settle its deficits in gold, much as England had paid in silver in the 1790’s.  But in the Bretton Woods period, the U.S. saw its gold reserves dwindle from about 20,000 metric tonnes in 1950 to about 9,000 metric tonnes in 1970.  As a result, President Nixon suspended redemption of dollar reserves held by trading partners for gold.  Thereafter, trading partners with surpluses and dollar reserves could only invest in dollar denominated assets, principally U.S. Treasury obligations, or dump their dollars for some other currency.

Today the Chinese are even more circumscribed.  There are both genuine national security and xenophobic constraints on Chinese direct foreign investment in the United States.  They cannot buy large stakes in some of our most choice assets such as technology, telecommunications or natural resources companies or infrastructure plays.  And there would be a nationalist backlash if they tried to buy trophy properties as the Japanese learned in the 1980’s.  It is impossible to dump the quantity of dollars held by China without causing massive losses on their own positions and radically increasing U.S. interest rates probably to the detriment of Chinese exports to the U.S.  The Chinese can buy some Boeing aircraft and IBM servers but not enough to offset their surplus with the U.S. In a strange echo of the Emperor Qianlong, we don’t seem to have enough of what China wants or needs.

As a result, Treasury debt has become the new opium; the cheap, easy-to-produce, commoditized stuff that we ship to China in bulk in exchange for all the stuff we really want.  And it’s not clear that China’s addiction to Treasury debt and our willingness to provide it is any less deleterious than the original opium shipments.  The Treasury’s preferred model for addressing this problem is for China to “rebalance” to a more consumer driven economy while the U.S. “rebalances” to a more export-led economy thereby reducing the trade deficit and solving the problem of what to do with China’s surpluses.  But savings and consumption patterns do not turn on a dime; one need only look at Japan and Germany over the last 50 years to see how difficult, if not impossible, it is to convert an export-led model into something else.  China is an even more difficult case because of its demographic pressures, social instability and need to create jobs at almost any cost.

But there is another way to rebalance the world economy.  Simply return the dollar to the gold standard and let the Chinese trade their maturing Treasury obligations for U.S. gold, if they wish, as was done under the Bretton Woods system.  Critics will quickly point out that this would represent a bargain basement sale of America’s most valuable financial asset; and they would be right.  But this is not because the idea is flawed but because the price of gold is kept artificially low by central banks operating through their fiscal agents at the BIS and the London Bullion Market Association.  So, let’s do a thought experiment on what the market-clearing price of gold should be given global trade imbalances.

China’s GDP is about 27% of the combined China+U.S. GDP.  The U.S. has 8,133 metric tonnes of gold and China has 1,054 metric tonnes; giving both countries a combined total of 9,187 metric tonnes.  In order to equilibrate gold in the same ratio as GDP, China would need to receive 1,426 metric tonnes from the U.S. which would leave the U.S. with 6,707 metric tonnes and give China a new total of 2,480 metric tonnes, thus getting to the 27% ratio of combined China+U.S. output.  China holds about $2 Trillion of U.S. government securities to theoretically pay for this gold transfer.  Simply dividing the quantity of gold to be transferred by the face value of the Treasuries yields a gold price of $39,844 per ounce.

Therein lies the crux of the dilemma of international finance today.  If gold is worth $1,250 per ounce, then China’s gold transfer of 1,426 metric tonnes described above, would only absorb about $63 billion of Treasuries in exchange, versus $2 trillion of actual government securities held by China, implying that Treasures are only worth 3% of face value in a full gold exchange standard.  Of course, there are many other ways to think about this calculation of the hypothetical price of gold.  There is no magic in using the GDP ratio versus other metrics.  And the calculation above only considers one bilateral relationship; it is clearly more complicated on a global basis.  Comparing U.S. gold to U.S. money supply yields prices in the $7,000 per ounce range depending on the definition of money supply.  And the Chinese could certainly do better than $39,000 per ounce on the open market – at least for a while or until their ambitions became fully revealed at which point the market might simply run away from their plans and reach these stratospheric levels.

But the calculation does at least reveal how the U.S. is getting away cheaply by pushing Treasuries on the Chinese much as the British pushed opium 200 years ago.  And China’s addiction seems just as hard to break.  But China’s military strength is growing today compared to the 19th century when it was in steep decline.  As China awakens from its new opium slumber, as it clearly is, the consequences are likely to be far more detrimental for the U.S. than they were for our British predecessors.

James G. Rickards is Senior Managing Director for Market Intelligence at Omnis, Inc., and co-head of the firm’s practice in Threat Finance & Market Intelligence.  He is also a member of the Board of Directors.  Mr. Rickards is a seasoned counselor, investment banker and risk manager with over thirty years experience in capital markets including portfolio management, risk management, product structure, corporate finance, regulation and operations.

Mr. Rickards’ career prior to Omnis spans an over 30-year period during which he was a first hand participant in the formation and growth of globalized capital markets and complex derivative trading strategies.  He has held senior executive positions at “sell side” firms (Citibank and RBS Greenwich Capital Markets) and “buy side” firms (Long-Term Capital Management and Caxton Associates) as well as technology firms (OptiMark).  For Mr. Rickards complete bio (click here.) To visit the Omnis web site (click here.)