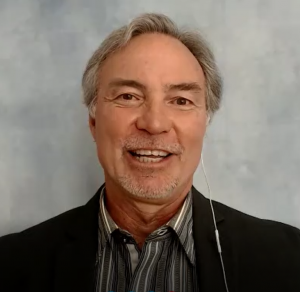 Financial writer John Rubino says no matter what country, the global debt has exploded to record highs, and it’s going to go even higher in the coming years. Rubino contends, “Government debt is going to soar going forward no matter what. Whether we have three more years of growth or a recession next year, we are going to see massive new deficits and massive increases in government debt all over the world. This is coming at a time when we have already hit record levels of debt and blown right through previous record levels. The last crisis, that almost ended the global financial system, was debt driven. The next one is going to be that much, much more serious because we basically doubled the amount of debt that’s out there since 2005 and 2006.”

On the political front, Rubino says, “The idea that things get more extreme from here is not that out of the ordinary and not that hard to believe. We are not just going to see gridlock here in the U.S., we are going to see chaos. That means of the things that should be gotten done, very few of them will be. . . . Political chaos is good for precious metals . . . both metals are way undervalued.”

Few would disagree, that at some point, the financial system is going to explode. Rubino says, “Let’s look at what happens when this finally blows up. The pressure is going to be on currencies when the financial system starts to spin out of control next time. In other words, people are going to see the amount of debt we are taking on, see the amount of currency we are creating to service all this debt, and will wonder what that does to the value of the currencies that are being aggressively created. They will lose faith in those currencies. What is unique about this time, countries have screwed up their currencies since the beginning of time . . . but this time around, they are all doing it. Every major country in the world has a printing press, which is to say an unlimited credit card. They are maxing out that credit card . . . and they are doing it simultaneously.”

In closing Rubino says, “All we have left is to wipe the slate clean and say, you know what, this thing did not work. It’s a 60 year experiment that turned out to have a fatal flaw, which is you can’t hand a printing press to a government.”

Join Greg Hunter as he goes One-on-One with John Rubino, author of “The Money Bubble” and creator of DollarCollapse.com.

There is a ton of free information, videos and articles on DollarCollapse.com.

John Rubino is a prolific writer, and if you want to be notified when he puts out a new original article, click here to sign up to be on his email list.

If you want to get a copy of “The Money Bubble” click here.