Home
»
Political Analysis
»
Suicidal to Stay in this Market-Charles Nenner 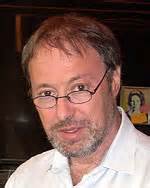