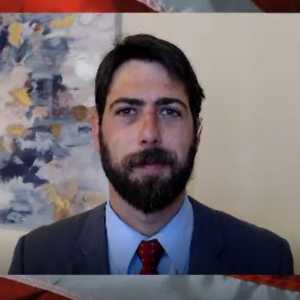 Journalist Alex Newman says President Trump is at war with the Deep State, New World Order globalists that want to destroy America. Are the forces of good making headway against the forces of evil? Newman explains, “I think we are. I think the election of Donald Trump shows how much headway we have made in this battle. Donald Trump ran on an anti-globalist platform. He made fun of the UN and said it was no friend of freedom. He talked about it as if it was a dictators’ club, and it is. He talked about the man-made global warming hoax being a hoax by the communist Chinese. He talked about the need to shrink government. He talked about the need to secure the border. These are all policy positions that are abhorrent to the New World Order crowd. Those are the ones who want to abolish nations and get rid of private property rights, at least for us and not for themselves. They want to undermine the family unit. The want to undermine marriage. So, Trump really ran on a pro-America and a pro-freedom platform, and despite all of the media being opposed to him, he won! . . . I think the globalists are a little bit nervous, in fact, maybe a lot nervous. . . . They realize that the American people have the will and the means to resist this totalitarian agenda. I think that frightens them.”

The Deep State has had help from big tech from the beginning. Newman contends, “A lot of these big technology companies, and people don’t realize this, they have been tied to the Deep State and the establishment from day one. DARPA has been involved in financing some of these companies. . . . Now we know that Google has been trying to interfere with our elections. Google has been manipulating our search engine results. We know this from documents that have come out. If you go to Project Veritas, you can read these documents for yourself. You can hear the testimony of people who have come out of these corrupt companies. We have a very serious problem on our hands, and I am delighted to know that Donald Trump is looking into this.”

Newman’s biggest fear is the New World Order tanking the global economy to try to tarnish Donald Trump before the 2020 Presidential Election. Newman says, “We may see the globalists try to crash the economy, whether that be pulling the rug out from under the stock market or whether that be trying to crash the value of the dollar. Then using that to demonize President Trump and all of his supporters and to basically say see what happens when you defy globalism. See what happens when you try to implement tariffs so the communist Chinese don’t rip you off. You end up blowing up your own economy. They are going to say this is all Trump’s fault and the fault of the people who voted for him. I think this is a very real possibility. . . . If they crash the economy, Trump can use his bully pulpit to explain what is really going on. . . . We are not dealing with people we have a difference of opinion with. We are dealing with people who are nefarious and people with evil intention who would very much like to destroy liberty and very much like to destroy our country and merge it into a global system with them at the top. . . . We are dealing with people who are absolutely evil and who would not hesitate to do any immoral or illegal thing if they thought it would advance their agenda and if they knew they would not get caught and not get into trouble.”

Alex Newman is a prolific writer for TheNewAmerican.com. Newman also has his own website called LibertySentinel.org. Both sites are free and packed with original analysis and reporting.