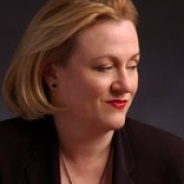 Investment advisor Catherine Austin Fitts is backing Donald Trump. Fitts explains, “Michael Moore said in an interview that Donald Trump is a Molotov cocktail you can throw on the system.  Interestingly enough, if you look at the federal system, it has a negative return on investment to taxpayers.  If you believe you can never fix that, then throwing a Molotov cocktail into the middle of that is the most intelligent thing you can do for productivity.  It was when I wrote the theme for productivity for the second quarter wrap-up I realized . . . I may have profound disagreements with Trump’s style, but I can throw the Molotov cocktail (voting for Trump). . . . I was going to vote for Gary Johnson, but in the second debate when Trump said I will appoint a special prosecutor, I stood up and cheered.  For the first time, we were talking about real accountability in America.  Then, when he said if I were the President, you’d be in jail, I said that’s it, I am giving money to Donald Trump because that is the first time I have ever seen someone of national prominence on corporate media hold the leadership accountable for their actions.”

So, what needs to be done to fix the economy? Fitts contends, “The big issue in 2017 is how the government is going to get people to pay their taxes if the government is not viewed as legitimate? . . . We have a win/lose relationship between human productivity and labor productivity.  If we want to get more labor productivity, and if we want a stronger stock market, then we need to change those models to win/win.  The problem is you have folks like the Clintons who only know how to play in the win/lose model.  They only know how to slap out government money, and they are deeply corrupt.  They are very vested in the current model, and they don’t want to change.  They think if you change the model, you are going to have to change to different kinds of people, which is true.  You are going to need engineers instead of lawyers.  They (Clintons) are not willing to change.  They are not willing to bring more transparency to the system.  They are basically addicted to privilege.  The question is how do we change the leadership?  It now appears the leadership is not willing to change without a crisis.”

On the upcoming 2016 Presidential election, Fitts says, “A lot of this is going to come down to how the machinery is operated and rigged. If Clinton’s support is 10% or lower, it’s going to be really hard to rig it.  If you look at the turnouts at the Trump rallies or the views online, it’s hard to imagine he does not win in the popular vote in a landslide.  But again, this comes down to the machinery, and the machinery is controlled very much by the people who show strong support for Clinton.  I think it is very fluid, and I don’t know what is going to happen.”

The system is rigged against the common man, and it’s totally broken. Fitts adds, “If you look at the inhumanity rolling down on the average family, whether it’s heavy schedules of vaccines that cause autism, or GMO food that makes people sick, or spraying overhead putting Nano particles in our brains and cause us to be toxic with heavy metals, which produces all sorts of diseases and high health care costs, and I could go on, and on, and on.  Basically, what you are talking about is destroying humanity and the productivity of the general population.  It’s not going to work.  It can’t continue, and we’ve got to stop it.  That’s why I think if Trump is the Molotov cocktail, I’m throwing it.”

Join Greg Hunter as he goes One-on-One with financial expert Catherine Austin Fitts, who is the publisher of The Solari Report.

Fitts also says, “A serious debt crisis can happen at any time before or after the election. We just don’t know when it will happen, but it will happen.  The current group of people grew up on financial fraud.  You have to change the leadership for real change.”

There is lots of free information on Solari.com. Fitts is giving away an article about “entrainment” that she talked about in the interview.  It was subscriber only, but Fitts has made it free by clicking here.  You can also become a subscriber to The Solari Report by clicking here.