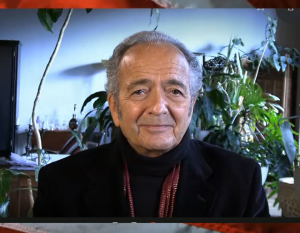 Gerald Celente, a top trends researcher and publisher of The Trends Journal, predicted Trump would win the November election, and he was well on his way to victory when the massive voter fraud and cheating was enacted by the Democrats. Celente also predicted in early September here on USAWatchdog.com, “Trump is a fighter. He’s not going to go down, and he will use the power of the Presidency to extend this thing as much as he can proving fraud and not leaving because of that. . . .” Fighting is exactly what team Trump is doing now. Does Celente still stand by his prediction? Celente says, “Yes, I do. When we made the forecast, we said election night will be too close to call, and he will win. . . .They knew they were not going to win. So, they started putting out all this information that Trump didn’t have a chance. Then, you are seeing the election is too close to call, and all of a sudden it’s called two or three days later? And who called it? Oh, the AP (Associated Press). Who the hell are you to call it? Who the hell are you one of you little press-titutes to call the election and everybody accepts it? This election wasn’t called by anybody but the media, the same media that had Trump losing by 10%. . . . I think this will ultimately be decided in the Supreme Court.”

The Trends Journal is giving its annual top trends for 2021 soon. Celente has one very ominous trend coming for the global economy. Celente predicts, “One of our top trends is the ‘Greatest Depression.’ Lives have been destroyed around the world. This is unprecedented. There is something bigger than politics about what is going on. . . . To me, this is satanic. What they are doing to people’s lives and destroying their businesses is unprecedented in world history, and it’s not only in the United States, it’s worldwide, except China where the virus allegedly began. They are wide open.”

So, are the dark powers wanting to destroy the global economy on purpose? Celente says, “We are living in hell on earth. This is the ‘Great Reset.’ It’s in black and white. The guy who wrote the book, that Davos creep, it’s there. The multi-nationals are taking over. . . .They want to destroy small business and raise up the corporations. You got it, it’s right in front of your eyes. How much more proof do you need? They are putting the mom and pops out of business. They are gone. The streets are dead. At 10 o’clock at night, it’s a ghost town up here. New York City, it’s dead. Mid-town is gone. There are no neon lights shining bright on Broadway.”

In closing, Celente says, “They are selling fear. . . . Look at the freak show in front of you. When are the people going to stand up for freedom, peace and justice? That’s our only way out of this. If you are going to listen to these little slimy lowlife bureaucrats . . . then all aboard the next train to Auschwitz, and don’t forget to put on your mask.”