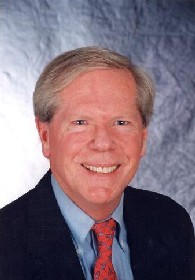 This is a sobering article written by Paul Craig Roberts, a former Deputy Treasury Secretary under the Reagan Administration.  It is the last one Roberts, who has been writing syndicated columns for years,  says he will write!  I emailed Roberts to get permission to reprint his work, and I also asked him why he is, in his words “signing off”?  Roberts sent back this two line reply, “Yes, you can reprint.   I signed off because I came to the conclusion that it is futile to protest war and the police state as long as the 9/11 myth holds.”   The article is riveting– please take time to read it.   Greg Hunter

There was a time when the pen was mightier than the sword. That was a time when people believed in truth and regarded truth as an independent power and not as an auxiliary for government, class, race, ideological, personal, or financial interest.

Today Americans are ruled by propaganda. Americans have little regard for truth, little access to it, and little ability to recognize it.

Truth is an unwelcome entity. It is disturbing. It is off limits. Those who speak it run the risk of being branded “anti-American,” “anti-Semite” or “conspiracy theorist.”

Truth is an inconvenience for government and for the interest groups whose campaign contributions control government.

Truth is an inconvenience for prosecutors who want convictions, not the discovery of innocence or guilt.

Truth is inconvenient for ideologues.

Today many whose goal once was the discovery of truth are now paid handsomely to hide it. “Free market economists”are paid to sell offshoring to the American people. High-productivity, high value-added American jobs are denigrated as dirty, old industrial jobs. Relicts from long ago, we are best shed of them. Their place has been taken by “the New Economy,” a mythical economy that allegedly consists of high-tech white collar jobs in which Americans innovate and finance activities that occur offshore. All Americans need in order to participate in this “new economy” are finance degrees from Ivy League universities, and then they will work on Wall Street at million dollar jobs.

Economists who were once respectable took money to contribute to this myth of “the New Economy.”

And not only economists sell their souls for filthy lucre. Recently we have had reports of medical doctors who, for money, have published in peer-reviewed journals concocted “studies” that hype this or that new medicine produced by pharmaceutical companies that paid for the “studies.”

The Council of Europe is investigating big pharma’s role in hyping a false swine flu pandemic in order to gain billions of dollars in sales of the vaccine.

The media helped the US military hype its recent Marja offensive in Afghanistan, describing Marja as a city of 80,000 under Taliban control. It turns out that Marja is not urban but a collection of village farms.

And there is the global warming scandal, in which climate scientists, financed by Wall Street and corporations anxious to get their mitts on “cap and trade” and by a U.N. agency anxious to redistribute income from rich to poor countries, concocted a doomsday scenario in order to create profit in pollution.

Wherever one looks, truth has fallen to money.

Wherever money is insufficient to bury the truth, ignorance, propaganda, and short memories finish the job.

I remember when, following CIA director William Colby’s testimony before the Church Committee in the mid-1970s, presidents Gerald Ford and Ronald Reagan issued executive orders preventing the CIA and U.S. black-op groups from assassinating foreign leaders.  In 2010 the US Congress was told by Dennis Blair, head of national intelligence, that the US now assassinates its own citizens in addition to foreign leaders.

When Blair told the House Intelligence Committee that US citizens no longer needed to be arrested, charged, tried, and convicted of a capital crime, just murdered on suspicion  alone of being a “threat,” he wasn’t impeached. No investigation pursued. Nothing happened. There was no Church Committee. In the mid-1970s the CIA got into trouble for plots to kill Castro. Today it is American citizens who are on the hit list. Whatever objections there might be don’t carry any weight. No one in government is in any trouble over the assassination of U.S. citizens by the U.S. government.

As an economist, I am astonished that the American economics profession has no awareness whatsoever that the U.S. economy has been destroyed by the offshoring of U.S. GDP to overseas countries. U.S. corporations, in pursuit of absolute advantage or lowest labor costs and maximum CEO “performance bonuses,”have moved the production of goods and services marketed to Americans to China, India, and elsewhere abroad. When I read economists describe offshoring as free trade based on comparative advantage, I realize that there is no intelligence or integrity in the American economics profession.

Intelligence and integrity have been purchased by money. The transnational or global U.S. corporations pay multi-million dollar compensation packages to top managers, who achieve these “performance awards” by replacing U.S. labor with foreign labor. While Washington worries about “the Muslim threat,” Wall Street, U.S. corporations and “free market” shills destroy the U.S. economy and the prospects of tens of millions of Americans.

Americans, or most of them, have proved to be putty in the hands of the police state.

Americans have bought into the government’s claim that security requires the suspension of civil liberties and accountable government. Astonishingly, Americans, or most of them, believe that civil liberties, such as habeas corpus and due process, protect “terrorists,” and not themselves. Many also believe that the Constitution is a tired old document that prevents government from exercising the kind of police state powers necessary to keep Americans safe and free.

Most Americans are unlikely to hear from anyone who would tell them any different.

I was associate editor and columnist for the Wall Street Journal. I was Business Week’sfirst outside columnist, a position I held for 15 years. I was columnist for a decade for Scripps Howard News Service, carried in 300 newspapers. I was a columnist for the Washington Times and for newspapers in France and Italy and for a magazine in Germany. I was a contributor to the New York Times and a regular feature in the Los Angeles Times. Today I cannot publish in, or appear on, the American “mainstream media.”

For the last six years I have been banned from the “mainstream media.” My last column in the New York Times appeared in January, 2004, coauthored with Democratic U.S. Senator Charles Schumer representing New York. We addressed the offshoring of U.S. jobs. Our op-ed article produceda conference at the Brookings Institution in Washington, D.C. and live coverage by C-Span. A debate was launched. No such thing could happen today.

For years I was a mainstay at the Washington Times,producing credibility for the Moony newspaper as a Business Week columnist, former Wall Street Journal editor, and former Assistant Secretary of the U.S. Treasury. But when I began criticizing Bush’s wars of aggression, the order came down to Mary Lou Forbes to cancel my column.

America’s fate was sealed when the public and the anti-war movement bought the government’s 9/11 conspiracy theory. The government’s account of 9/11 is contradicted by much evidence. Nevertheless, this defining event of our time, which has launched the US on interminable wars of aggression and a domestic police state, is a taboo topic for investigation in the media. It is pointless to complain of war and a police state when one accepts the premise upon which they are based.

These trillion dollar wars have created financing problems for Washington’s deficits and threaten the U.S. dollar’s role as world reserve currency. The wars and the pressure that the budget deficits put on the dollar’s value have put Social Security and Medicare on the chopping block. Former Goldman Sachs chairman and U.S. Treasury Secretary Hank Paulson is after these protections for the elderly. Fed chairman Bernanke is also after them. The Republicans are after them as well. These protections are called “entitlements” as if they are some sort of welfare that people have not paid for in payroll taxes all their working lives.

With over 21 percent unemployment as measured by the methodology of 1980, with American jobs, GDP, and technology having been given to China and India, with war being Washington’s greatest commitment, with the dollar over-burdened with debt, with civil liberty sacrificed to the “war on terror,” the liberty and prosperity of the American people have been thrown into the trash bin of history.

The militarism of the U.S. and Israeli states, and Wall Street and corporate greed, will now run their course. As the pen is censored and its might extinguished, I am signing off.

Paul Craig Roberts [email him] was Assistant Secretary of the Treasury during President Reagan’s first term.  He was Associate Editor of the Wall Street Journal.  He has held numerous academic appointments, including the William E. Simon Chair, Center for Strategic and International Studies, Georgetown University, and Senior Research Fellow, Hoover Institution, Stanford University. He was awarded the Legion of Honor by French President Francois Mitterrand. He is the author of Supply-Side Revolution : An Insider’s Account of Policymaking in Washington;  Alienation and the Soviet Economy and Meltdown: Inside the Soviet Economy, and is the co-author with Lawrence M. Stratton of The Tyranny of Good Intentions : How Prosecutors and Bureaucrats Are Trampling the Constitution in the Name of Justice. Click here for Peter Brimelow’s Forbes Magazineinterview with Roberts about the epidemic of prosecutorial misconduct. His latest book, How The Economy Was Lost, has just been published by CounterPunch/AK Press.