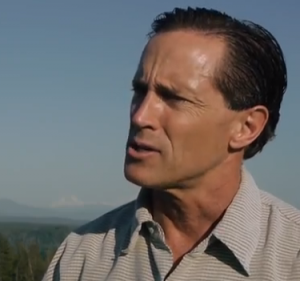 Lead researcher Dane Wigington for the global climate engineering informational website, GeoengineeringWatch.org, says newly discovered U.S. government documents prove global climate manipulation, commonly referred to as chemtrails, is real. Not only that, but the document, that originated in the U.S. Senate, also proves weather manipulation has been going on around the world for decades. The exponential damage it is doing continues today, and Wigington explains, “With the 750 page document, how much proof do people need? In this document, it describes the need for global cooperation between nations. There are some 50 or 60 countries named in the document involved with the programs, as well, even between nations that would otherwise have hostilities between them. . . . The document also names about 10 federal agencies, about 12 major universities, and it describes the need for complete immunity from liabilities created for all those involved in these programs. They have complete immunity for the damage they have done, basically. It is an extremely damning document. How big does the elephant in the room have to be? . . . There is no question these programs are real and ongoing.”

Wigington goes on to say, “In this 750 page document, the express goal is for those in power to decide who should get more rain and who should get less rain. . . . Even though you have the damage by these programs, the desire to play God with the weather was not suppressed at all. In the 1978 document, they talk about further expanding the programs to a wider scope and scale. These people think they have a right to play God with the weather, with no regard for the consequences what-so-ever.”

So, why is geoengineering or weather modification harmful to the planet? Wigington explains, “They have basically straight-jacketed the planet from being able to respond. In spite of a warming planet, which geoengineering can deflect and cause large areas of temporary cooling by blocking the sun, it comes with the cost of a worsened overall warming. They shred the ozone layer, they disrupt the rain cycle horribly. We have drought expanding around the globe, boreal forests are dying. So, the forests can’t absorb carbon that they otherwise would. The UV is cooking the trees. We have toxic metals raining down on us from what they are spraying with these programs. Aluminum, barium and strontium is poisoning the root system of these trees. They are trying to use the oceans, as well, to get them to absorb more carbon, and that is killing the oceans, as well. There are 400 dead zones around the planet. This is the ‘cure’ that is worse than the disease, and that is saying a lot. Climate engineering is the epitome, the absolute epitome, of human insanity and the quest for power and control. Ultimately, that’s what these programs are about—power and control.”

Wigington also claims to have new information on government suppression of whistleblowers and gag orders given to NOAA and the National Weather Service. Wigington says climate engineering is a known secret in the highest offices of state and federal government. Wigington contends, “I was told by a Congressional aid off the record about 90 days ago, we all know what is going on and we don’t know what to do. This is the biggest elephant in the room. Everybody is afraid to step out of the shadows, but in the meantime, the ship is sinking, the entire ship, and we’re all on it.”

Wigington adds that the California drought situation is “far beyond dire.”  As he said in the interview, the state is down more than 250 inches of rain. He says it is amazing to him how people can “keep their heads in the sand, but they’re not going to be able to do that much longer.”  If you would like to donate to Wigington and his site GeoEngineeringWatch.org, the donation button is located on the top upper right hand side of the home page.   (GeoEngineeringWatch.org is not a tax deductible charity.)