Home
»
Political Analysis
»
We Are Headed For War-Paul Craig Roberts 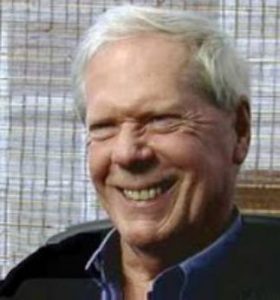 Former Assistant Treasury Secretary (in the Reagan Administration) Dr. Paul Craig Roberts has a stark warning for the world. Dr. Roberts says, “We changed our nuclear doctrine.  It used to be we used nuclear weapons only in retaliation.  There was no first use, but the George W. Bush regime, the Neocons, changed our nuclear doctrine.  It’s now a preemptive first strike.  So, this tells both the Russians and Chinese they could get a preemptive first strike.  Then, we tell the Russians we are putting missiles right on your border.  You won’t have two minutes’ notice.  They can’t accept that.  It’s too much risk from a crazy country (U.S.) that won’t negotiate with them. . . . So, we’re headed for war. I think the only thing that would block it is if one or two of the European governments realize that they have nothing whatsoever to gain with a conflict with Russia. . . . The only thing they could do to prevent a nuclear war is to pull out of NATO.”

Dr. Roberts also contends, “The tensions now between the United States and Russia are higher than they ever were during the cold war. For this reason, it is very dangerous.  It is dangerous for another reason.  In all of my life, every President worked to reduce tensions with Russia.  Kennedy worked with Khrushchev to defuse the Cuban missile crisis, and part of the deal was Kennedy pulled American missiles out of Turkey.  We know Richard Nixon worked . . . very hard to get a strategic arms limitation treaty. . . . Now, we have NATO right on Russia’s border.  This is a massive violation of commitments that the United States made.  We now have extremely high amounts of tensions, and I think with this recent attack by the United States on Syrian troops, it has made it perfectly clear to the Russian government that diplomacy is useless, and they cannot reach a diplomatic understanding with the United States.  Therefore, we have reached the point where force confronts force.”

Why are American so in the dark about the dire global risks of nuclear war? Dr. Roberts, who is an award winning journalist and former editor and columnist at the Wall Street Journal, says, “There are no longer any independent networks.  ABC, NBC and CBS are all cogs in huge conglomerates.  The media companies are not run by journalists.  They are run by former government officials and corporate advertising executives who have no interest whatsoever in telling the truth. . . . So, essentially, there is no longer any media.  It’s a ministry of propaganda.”

On the economy, with around 94 million people out of the workforce and the near record low Labor Force Participation rate, Dr. Roberts says, “The Labor Force Participation rate never falls during a recovery. It rises because people are entering the labor force to take advantage of the strong economy and jobs.  So, there isn’t any economy.  There is a house of cards that is held together by central bank money creation.  The money flows into financial assets.  That’s what keeps the stock market up, and it flows into bonds, which is why we have essentially 0% interest rates. . . . So, the economy is essentially a hoax.”

(There is much more in the in-depth 50 minute video interview.)

Dr. Roberts also pointed out that only 32% of the public trusts the mainstream media (MSM) according to a new Gallup poll. Roberts contends it will only fall further from here.

If you would like to buy any of Dr. Roberts’ 13 books, please click here. His newest book “The Neoconservative Threat To World Order” is at the bottom of the page.  There is also free information on the homepage of PaulCraigRoberts.org.