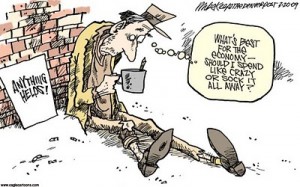 My nephew, Luke, called me the other day vexing over the materials used in our coins.  He is a finance major in grad school and was researching money when he discovered that pennies were 97.5 percent zinc and nickels were mostly copper with only a nickel coating.  He told me he was going to start saving every pre-1982 penny he got because, after that, the mint stopped using 95% copper in the coin.  Luke told me the copper in a pre-1982 penny was worth more than two cents.   I told him, “Pretty soon the mint will have to punch coins out of plastic if the price of metal keeps going up.”  Then I asked, “Do you know why prices are going up?”  Luke said, “Yes, it’s because the Federal Reserve and its monetary policies.”  I was shocked and proud all at the same time!  It looks like he’s actually learning something in business school.  Currently, it costs about 1.8 cents to make a penny and nearly 9 cents to produce a nickel.  The government is considering cheaper metals to bring the cost of making coins down.  (Click here to see what our coins are currently made of.)

It is said, when empires fall, one of the first signs of decline is a debasement of the currency.   Long before the Roman Empire fell, its leaders debased the currency.  The debasement was small at first, but over time, precious metals were watered down and coin sizes shrank.  For example, silver coins ended up having so little silver in them they became unpopular and shunned.  A debased Roman currency brought, what else, inflation.  Sound familiar?

I have been asking myself for years “Why can’t we have honest money?”  We little guys are forced into the stock market to save for retirement and to stay ahead of inflation.  It now looks like the 401k is not such a good invention or investment.

By and large, working people are pushed into 401k’s.  In the right business cycle with the right demographics (as in lots of baby boomers investing in stocks at the same time, such as the 80’s and 90’s, when business and inflation were relatively stable), the 401k is a not a bad deal, especially when you consider that companies often match or contribute funds to make the investment plan advantageous to participants.  But in the wrong part of the business cycle (aging baby boomer population and big government bailouts), the 401k can provide some gut wrenching lessons about “investing.”  People are painfully finding out that these plans have not been such a good “long term”  deal.  The S&P 500 has gone nowhere in more than a decade. Today, it’s back to 1998 levels.  (Click here to check out a chart of the S&P 500, and see for yourself.)

This does not account for companies whose share prices have been wiped out or bankrupted.  A few examples spring to mind, such as AIG, WaMu, Wachovia, Bear Stearns, GM, Chrysler, Fannie, Freddie, Lehman, Enron and World Com.  The NASDAQ is still less than half its all time highs.  Also, factor in a more than 30 percent drop in the U.S. Dollar Index, and how are people in 401k’s making money for retirement?  The short answer: They are not!!!

If you would have simply invested in money markets (and taken the company match) back in 1998 with your 401k, you would have been hit with inflation, but at least you would have a positive nominal return.  Most people did not take that route. I think the little guy is going to take another big hit to his retirement fund.

Now, to help fund the continuing multi-trillion dollar bailout of Wall Street, the Fed is getting ready for another round of “Quantitative Easing.”  That means “printing money” to us simple folk.  This time, it is reportedly for a trillion dollars.  So, getting any kind of return on cash will be impossible to do because the Fed will be printing it faster that you or anyone else can save it.

Nobel Prize winner Milton Friedman said it best, “inflation is always and everywhere a monetary phenomenon.”   Printing lots of fiat currency is debasement, and it will produce inflation the same as it did for the Romans.  If you are an investor, then the stock market and all its risks and rewards are for you.  But if you are a saver, then maybe you should consider other options such as gold or silver coins.  That is honest money, and you can still get it, at least for now.