Home
»
Political Analysis
»
We Lost More Than The Olympics in 2016 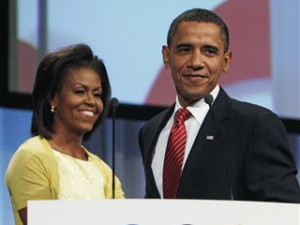 The President made a major misstep by going to Copenhagen to pitch the Windy City as host of the 2016 Olympics.  Barack Obama and wife Michelle  made impassionate speeches to urge the IOC to pick Chicago, Illinois, over all other cities in the world as the spot for the games in 7 years.  The U.S. was blown out in the first round of voting.  It was like Mike Tyson knocking out his opponent in the first 10 seconds of a fight.   A not even close, dismal defeat considering President Obama, and even Oprah, pitched the event to come to America.

What was he thinking?  We are on the brink of a depression.  Millions of homes will foreclose in the coming years according to the Treasury Secretary.  Unemployment inched higher this week.  It is at a 26 year record with 9.8 percent unable to find work.  According to shadowstats.com , the real unemployment rate is 21.4 percent if you calculate it the way the Bureau of Labor Statistics did it prior to 1994.  Obamacare is facing a major uphill battle from Republicans and Blue Dog Democrats in his own party. Generals in Afghanistan say there is a real possibility of “defeat” if they do not get 40 thousand additional troops to fight the Taliban.  Israel is signaling a first strike against Iranian nuclear facilities which could conceivably set off World War 3, and President Obama thought it was necessary for him to personally pitch Chicago for the Olympics 7 years from now!

You are kidding me, right?  Obama couldn’t send Vice President Biden or Secretary of State Clinton over to pitch Chicago for the Olympics?   You see, if they got shot down, it really would not be the same as the Leader of the Free World getting shot down.  The President thought going over to Europe with his buddy Oprah, a talk show host, with more than 15 million Americans out of work was a good idea?  How much did that cost…2 or 3 million bucks?  Did the President think this was a way to bolster American prestige?  Well, it backfired!  In my opinion, the trip cut our standing on the world stage when we so desperately need to look strong.  Instead, we look weak and unfocused.  The President appears oblivious to the massive problems facing the country.

I happen to like President Obama, but that doesn’t mean I should not criticize him when he is way off on Fantasy Island somewhere.   You will not hear critiscm about this trip from the mainstream media because most of them voted for Obama.  Still, the President needs to wake up and see this trip for what it really was… a complete failure on many levels.  The United States did not just lose the 2016 Olympics.  We lost some of our dignity and standing on the world stage.