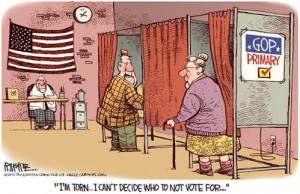 It looks like GOP presidential candidate Mitt Romney is opening up a wide lead in the national polls.  Gallup has his up by as much as 20 points, but he hasn’t won the nomination just yet.  The South Carolina primary is coming up, and it promises to be a real cage fight.  Another U.S. carrier battle group is now in the Arabian Sea with another on the way.  The Pentagon denies there is any link between increasing tensions with Iran and the carrier movements.  Meanwhile, Defense Secretary Leon Panetta is upset over new video of U.S. Marines urinating on the corpses of Taliban fighters.  Is this another Abu Ghraib moment?  An Iranian newspaper is calling for revenge against Israel for killing one of its nuclear scientists with a car bomb.  Israel has not officially taken responsibility for the assassination but reportedly hinted it was responsible.  Can war be far away?  The ECB is still a mess, but some short-term, feel good actions will postpone the crisis for a while.  And, China has reportedly imported record amounts of gold this month–I wonder why?  All these stories and more from Greg Hunter in the Weekly News Wrap-Up.