Home
»
Political Analysis
»
What is it? 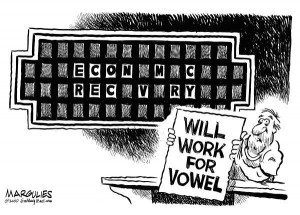 The New York Times ran a story of curious import this morning: “Mel Gibson Loses Support Abroad.” Well, gosh, that’s disappointing.  And just when we needed him, too. Concern over this pressing matter probably reflects the general mood of the nation these dog days of summer – and these soggy days, indeed, are like living in a dog’s mouth – so no wonder the USA has lost its mind, as evidenced by the fact that so many people who ought to know better, in the immortal words of Jim Cramer, don’t know anything.

Case in point: I visited the Slate Political Gabfest podcast yesterday. These otherwise excellent, entertaining, highly educated folk (David Plotz, Emily Bazelon, and Daniel Gross, in for vacationing John Dickerson) were discussing the ramifications of the economic situation on the upcoming elections. They were quite clear about not being able to articulate the nature of this economic situation, “…this recession, or whatever you want to call it…” in Ms. Bazelon’s words.  What’s the point of sending these people to Ivy League colleges if they can’t make sense of their world.

Let’s call this whatever-you-want-to-call-it a compressive deflationary contraction, because that’s exactly what it is, an accelerating systemic collapse of activity due to over-investments in hyper-complexity (thank you Joseph Tainter). A number of things are going on in our society that can be described with precision. We’ve generated too many future claims on wealth that does not exist and has poor prospects of ever being generated. That’s what unpayable debt is. We have such a mighty mountain of it that the Federal Reserve can “create” new digital dollars until the cows come home (and learn how to play chamber music), but they will never create enough new money to outpace the disappearance of existing notional money in the form of welshed-on loans. Hence, money will continue to disappear out of the economic system indefinitely, citizens will grow poorer steadily, companies will go out of business, and governments at all levels will not have money to do what they have been organized to do.