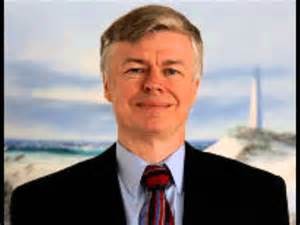 Financial commentator and trader Karl Denninger says what is going on in the Greek debt crisis is really a global problem.  Denninger explains, “All of these countries have engaged in the same lie.  They have all engaged in the same fundamental fraud, which is you can spend more than you take in on a permanent basis.  It is the same fraud that is going on here in the United States.  We just haven’t gotten hammered with it –yet, but we will.  This is a fraud.  The people who did this need to go to prison.  There is no way to undo that Gordian knot, other than to say we can’t pay it.  We never could pay it.  You were lied to, and by the way, the people who participated in the lending were active participants in a crime.”

It is now reported that the so-called Greek bailout really benefited big banks who allegedly received more than 90% of the bailout money.  So, who was the bailout for?  Denninger contends, “That’s the whole point.  There was no real bailout. The people who got bailed out were the Goldmans of the world that participated in an active scam. . . . The former Greek government is equally culpable.  Here’s the bottom line, those people got fired.  That’s what an election is, right?  If you want to start issuing indictments and start locking people up, I think that is a great idea.  You know what?  You start with Angela Merkel (Chancellor of Germany), thank you very little, and then you indict Draghi (President of the European Central Bank) and lock him up too.  You also take all the bank CEOs who participated in this, and you put them all in prison.  You take the bonds and you tear them up.  The pain that will be spread all across Europe is going to be considerable.  However, if don’t start punishing people who are doing these sorts of things, then what’s the deterrent?”

Denninger says the US is headed for the same fate as Greece.  Denninger says, “Not only have they not cut anything, but they have been expanding the spending of government, the debt taken on, at twice the rate of economic output.  This is going to explode in our face.  If we as Americans do not put a stop to this, we are going to face what Greece is facing now.”

Denninger also predicts that the next financial calamity is on the way and guaranteed to be much bigger than the 2008 meltdown.  Denninger explains, “In 2000, for us to bring the economy back into balance, we needed to have a 10% contraction in GDP top to bottom.  In 2007, I ran the same calculations, and the number was closer to 20%.  It is now approaching 40%. . . . This sounds impossible.  It is not, and furthermore, it is survivable if you break the medical monopolies.  They go from 19% of GDP to 3 ½%, five times overrepresented right now.  That’s $1 trillion.”

Another way individuals can survive what is coming is to get out of debt and leverage.  Denninger says, “If you are leveraged in the market, and you are early, then usually you are catastrophically wrong.  You are out of money before you are proved right.  That is the nature of leverage.  That’s just how it works.  So, if you are going to place a bet where you can’t get the timing correct because it is a psychology thing, then you stay away from anything that has leverage in it.  Anytime you have leverage in your life, no matter what it is, when the timing is wrong, you get reamed.”

In 2011, Denninger published a book titled “Leverage: How Cheap Money Will Destroy the World.”   Denninger predicted much of what is going on right now.  Some say it is so accurate you would think the book was published last week.  To order a copy please click here.  There is also much free information and analysis on Market-Ticker.org.