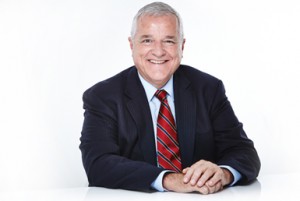 Gold expert James Turk says the banks are in trouble again. One of the biggest troubled institutions is Germany’s Deutsche Bank, and Turk contends, “It is quite alarming the shares of the stock are basically where they were in the lows of 2008.  It’s at the bottom of that year’s financial crisis, and here we have not even started the financial crisis yet.  The stock is back to those prices of seven or eight years ago.  It makes you wonder what is yet to come.  You are seeing publicity stunts like Jamie Dimon buying $25 million worth of JPMorgan stock.  It reminds me of what we saw back in the 1930’s.  In the history books, guys would go out and buy shares of their stock to convince people that things were okay.  The market is telling us that people want to be in safer things, and it looks like gold’s trend has finally turned after a four year correction. . . . It looks like we are going to be heading higher.”

With global debt standing at around $60 trillion more than in 2008, that “repeat” is going to intensify.  Turk explains, “It is much worse now than in 2008.   The $60 trillion is the absolute debt amount, and that doesn’t include the derivatives on top of the debt.  As we saw in 2008, everybody thought derivatives were fine until Lehman Brothers were called to make good on the derivatives, for which it was underwater and it couldn’t do it. . . . Could that happen to Deutsche Bank?  Yes, but the point is Deutsche Bank is much, much bigger and more problematic than Lehman ever was.  Given that fact and given we have much more debt than 2008, it’s much more fragile now than it was back then.”

On gold, Turk says, “When assets become overvalued, money starts to move into undervalued assets. What we have been seeing, particularly over the last year, is a lot of money moving into physical gold.  Ultimately, physical gold is what drives the price of gold.”

Join Greg Hunter as he goes One-on-One with James Turk, founder of GoldMoney.com.

James Turk thinks rising prices will force big players to go long on gold and silver. Turk contends, “It’s only a matter of time.” There is free information and analysis on GoldMoney.com.