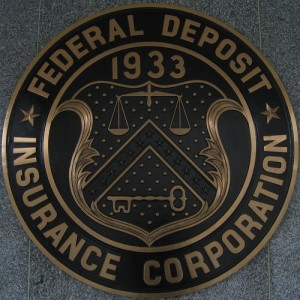 Last week, bank failures quietly passed the 100 milestone for the year.  I say “quietly” because the bank failure story has gone largely unreported or, at least, under-reported by the mainstream media.  Just to give you an idea of how fast the bank insolvency problem is accelerating, last year, at this time, 64 banks had been taken over by the Federal Deposit Insurance Corporation.  So far, this year, 103 banks have already been taken over by the FDIC.  There is no question the bank failures the FDIC will have to deal with will be greater than the 140 insolvent banks closed last year.  At this point, we just don’t know how many more, but dozens more than last year for sure.

One big bank negative I see is the loss of business in the Gulf because of the oil spill catastrophe.  I don’t think it is a stretch to say that the loss of revenue from fishing, deep-water oil drilling, tourism and spoiled coastal property will probably have a negative effect on the balance sheet of Gulf Coast banks.  Just 2 weeks ago, a Wall Street Journal story documented tail spinning Florida banks asking for a break from federal regulators.  It said, “Florida banks—already weakened by the real-estate bust and hit again by customers suffering from the BP PLC oil spill—are asking federal regulators for a reprieve from government-ordered capital raising as they struggle to stay alive.” (Click here for the more on the WSJ story.)  There are currently 775 “problem” banks on the FDIC’s list, and I don’t think that list will be shrinking anytime soon.

In order for the FDIC to close the banks, it has to spend cash to make depositors whole.  It is also entering into what are called “loss share” agreements.  It is a way to keep problem loans and foreclosed property in a banking environment and not become the full responsibility of the government.  It also caps the loss for the buying institution.  Here’s how the “loss share” basically works.  The FDIC writes down the assets to an estimated value.  Then, the FDIC covers any potential losses in an 80/20 split, with the FDIC covering 80% of any potential loss.  These loss share agreements were used in the S&L crisis in the early 90’s.  Since this crisis began, there have been $173.5 billion of loss share agreements through May of 2010.  (The total now stands at more than $178 billion.)  According to FDIC spokesman David Barr, if loss share agreements were not used, the failed bank assets might sell for “pennies on the dollar.”  The idea is to wait and sell the assets in the future when they might be worth more.  Barr told me just last week, “As the FDIC turns those losses into real losses when we sell those, then the loss at the failed bank is adjusted accordingly, some go up and some go down.”

If the economy continues to tank, make no mistake, there will be some liability to the FDIC.  We just will not know how much until the assets are sold.  There might be no future liability at all, but I don’t think that’s likely given the serious and prolonged problems facing the economy.  This is probably a multi-billion dollar future write down, but who knows?

The bank closings are also taking a toll on the FDIC’s Deposit Insurance Fund, or DIF.  In May, it was reported to be $20.7 billion in the red.  Back then, I wrote a post called, “FDIC Insurance Fund Still $20 Billion in the Hole.”    I said, “I talked with FDIC spokesman David Barr yesterday about the shortfall in the DIF.  He said, “The FDIC is not broke.”  It has an additional “$63 billion in cash.”  He told me there is about $46 billion in three years of prepaid deposit insurance premiums and an additional $17 billion in cash for a grand total of $63 billion in “liquid resources” to close insolvent banks.”

If you subtract the $20.7 billion deficit of the DIF from the roughly $63 billion in “liquid resources,” you end up with a little more than $42 billion.  FDIC Chairman Sheila Bair was quoted, around the same time, saying the FDIC expects to spend “$40 billion” closing banks in the next year.  (Remember, this was before anyone knew how big the Gulf oil spill calamity was going to be.)  My math says that would leave a little more than $2 billion in “liquid resources.”  According to an email from David Barr yesterday, after that $2 billion is used, there is a “. . . 100 billion line of credit (from the Treasury).  The FDIC also has some $35 billion in assets from failed banks that we must sell.”

That means in about a year, the FDIC will be closing banks with borrowed money and what it can get from selling the assets of failed banks.  If that doesn’t paint a dire picture of bank insolvency in this country, I don’t know what does.  It is amazing to me how little time the mainstream media is spending on this unfolding financial disaster and how much time it is devoting to things like Mel Gibson’s rants.