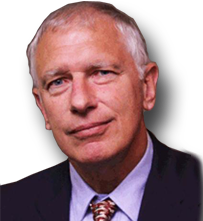 Best-selling author and economic expert Doug Casey says another financial meltdown worse than the last one is coming soon. Casey says, “I was saying in 2007 that we were going into a gigantic financial hurricane. It hit in 2008 and 2009. For the last few years, we have been in the eye of the storm of this gigantic hurricane. Now, as we speak, we are entering the trailing edge of this hurricane, and it’s going to be much worse and much longer lasting and much different than what we saw in 2008 and 2009, and that was ugly.”

Why will it be much worse than last time? Casey contends, “All these central bankers are doing the same stupid things. . . . The American central bank, the Europeans, Japanese and the Chinese have all printed trillions of new currency units and, yes, they are doing this in concert.   They don’t want to see the markets collapse, but they are going to collapse, and the nature of this collapse is going to be different because they have created trillions and trillions of new currency units, and that has created bubbles all over the world economy.”

On why it has taken so long for the next crash to be created, Casey says, “Everything looks good until all of a sudden it looks terribly bad. It’s like when you jump off the Empire State Building. Everything is fine as you pass the 50th floor, but it all happens at once when you hit the sidewalk.   I think that’s what we’re looking at, and we’re going to start hitting the sidewalk before the end of the year. This is very serious. This is the most serious thing since the 1930’s, and this may be the most serious since the industrial revolution overturned the previous basis of life.”

On the new U.S. debt and budget deal, Casey says, “The only people who are happy about it are the top dogs and running dogs in and around government. When central banks create more money, some people get it before other people. The people who are hooked up in the deep state get it first. Eventually, it trickles down to people in Middle America, but there is not much left at that point. This is why the rich are getting richer. The rich guys get that money that is created first.”

On troubled banks, Casey says, “These banks think they have trillions of dollars of assets, but if people don’t pay the loans, the depositors in the banks could be very unhappy. Then the government is going to bail them out by creating trillions of new dollars, and the dollar is going to lose all value. I don’t see any way out. We are either going to have a catastrophic deflation where all these loans are defaulted on and banks have to close and the stock market crashes and that’s ugly and it’s a 1929 style depression, or we the government reacts and prints so much money we end up with a 1923 style German hyperinflation. So, we are caught between a rock and a hard place. . . . Maybe they can wrench one more artificial boom out of this cycle, but I don’t think so.”

Casey also says, “I think the depression has already started, and I call it the Greater Depression because it’s going to dwarf what happened between 1929 and 1946. It’s already started. We are just in the eye of the storm, but we are leaving that now. What should the average person do right now? You’ve got to liquidate right now, while it’s still possible. You should get rid of things that you don’t need . . . have a yard sale and get rid of stuff you don’t need and generate cash for it. That’s number one. The average guy should buy gold. Don’t keep your savings in a bank. Store it in gold coins . . . or silver coins . . . Silver is volatile but has a much bigger upside than gold.”

Join Greg Hunter as he goes One-on-One with Doug Casey of CaseyResearch.com.

Doug Casey has some free articles and information at CaseyResearch.com.  Casey predicts his site will grow at least three fold in the coming years because people will be scared and will not be able to find reliable information in the mainstream financial press. Casey says people are going to be searching for different and better information.