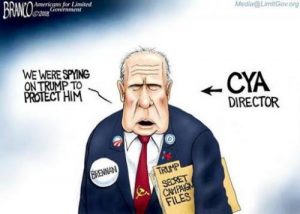 Obama Administration CIA Director John Brennan had his security clearance revoked by President Trump. Brennan says it’s an attack on Trump’s critics. Others say it’s the beginning of punishment for being the “ringleader” of a soft coup to remove Donald Trump from office. Are indictments of Brennan and his co-conspirators coming soon?

Say something that big tech companies do not like and you can be banned from social media platforms such at Twitter and Facebook. It’s not just people like Alex Jones getting banned, it is also GOP congressional candidates such as Elizabeth Heng whose family story about escaping brutal communist dictator Pol Pot in Cambodia is considered “obscene.”

Lots of people are worried about the U.S. dollar. Is it going to continue to rise in value? Is the Fed going to keep raising interest rates on the short end of the curve? Can emerging markets like Turkey survive without an economic meltdown? All good questions, and we will try to give you the answers.

(This report will talk about revoking top security clearances, suppression of free speech, and the shaky global economy and the strong dollar.) 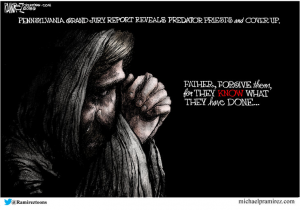 Author Eric Eggers will be the guest for the Early Sunday Release. Eggers will talk about his new book called “Fraud: How the Left Plans to Steal the Next Election.”

The complete cartoon came from cartoonist Michael Ramirez at GoComics.com