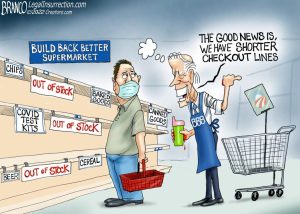 At the end of last year, I predicted that the narratives in three big areas of total fraud and lies would be unraveling in 2022.  I did not think the CV19 narrative would unravel this fast.  The first big Western country to throw in the towel on the CV19 virus and vax fraud fest is Britain.  Out of the blue and without warning, Prime Minister (PM) Boris Johnson stopped masks, injection mandates and work restrictions.  Why the about-face?  Is it as simple as the jig is up and PM Johnson is running for cover?  How far behind are the U.S. and other Western nations?

The vote fraud story is the energizer bunny of stories.  It keeps “going and going and going.”  The mainstream media (MSM) does not report on it, but alt media does and it is far from over.  Investigations are in several states, and the entire “Biden won fair and square” narrative is crumbling.  Even two Dem Senators would not allow the Senate to kill the Filibuster, and that stopped so-called “voting rights” legislation in its tracks.  It should be called what it really is, and that is a federalization of the cheating that took place in 2020.  Dems need to cheat in 2022, and it looks like this way has been blocked.

Big warnings are coming from big money investors about how shaky the economy is and how the Fed is going to try to snuff out inflation, which is running as a painful 7% a year.  One big name money manager is predicting the biggest wealth destruction in U.S. history.  If he’s half right, you may want to lighten up on the risk.

Join Greg Hunter as he talks about these stories and more in the weekly News Wrap-Up for 1.21.22.

Internet data analyst extraordinaire Clif High is the guest for the Saturday Night Post.  He has big predictions for the economy and the vax.