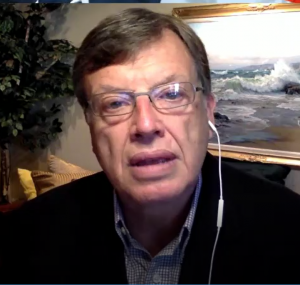 Dr. Dave Janda retired from medicine to dedicate himself to his red hot radio show called “Operation Freedom.” Janda has top notch political, law enforcement and intelligence sources from years of consulting work in Washington D.C. on healthcare issues. Janda says the recent round of attacks on President Trump from the mainstream media (MSM) show the Deep State/Globalists are panicked that Trump is draining the swamp. Janda explains, “I believe this is not coming from a position of strength on behalf of the fake media, which is a tentacle of the Globalist syndicate. It’s a syndicate that has been responsible for multiple wars and the financial chaos that has occurred across the world.”

So, why are the Deep State/Globalists and the MSM in a panic? Janda says military tribunals for treason and sedition are coming for the players who failed to knock Trump out of office by framing him with phony evidence. Does this sound farfetched? Military tribunals were brought up in great detail in this week’s hearing for Judge Kavanaugh. Janda says it’s not been done before and explains, “Lindsey Graham was interviewing Brett Kavanaugh in the Supreme Court appointment process, and what was very interesting as this line of questioning goes on, and it went on between four and five minutes, not one individual interrupted Graham and said what are you doing talking about military tribunals. There was dead silence. Why would Lindsey Graham bring this up? On top of that, we know there are 40,000 to 50,000 sealed indictments. We have actually seen some unsealing of these indictments. . . . Do I think we are in the process of a rule of law reset? Yeah. I have said before these indictments are not going to be unsealed all at once. Some may never be unsealed, but we are seeing the ramifications of them when we see a huge number of folks within Congress, Wall Street, Hollywood just walking away from their jobs. When you look at the number of firings in the Department of Justice and in the FBI, it’s unheard of. This is all part of the reset. I think we are getting ready for a financial reset and a rule of law reset.”

Janda says the Deep State is so unhinged about loss of power, wealth and coming prosecutions that they may attack America. Janda says his Washington D.C. sources say, “Here is what they are really worried about. . . . and why there are so many people concerned about what is going on. My sources told me they are very concerned about an EMP event in the near future. That would lead to problems with the rule of law in this country and to the financial markets. . . . They are concerned about an attack from the Deep State, as an act of not power, but as an act of desperation.”

(This post is about MSM desperate attacks on President Trump, an economic reset and a possible EMP attack on America.)

Senator Lindsey Graham questioned Judge Kavanaugh on military tribunals and how it was done for Nazi collaborators in America during WWII.  Go to the 25:44 minute mark for the nearly 5 minute exchange.

Dr. Janda thought it was important for everyone to see Ohio Governor Kasich saying Senator John McCain was “put to death.” Go to the 5:00 minute mark and click here to see it.

There is lots of free information on Dave Janda.com. He also has a subscription service. Click here to subscribe.