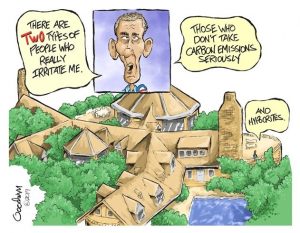 There was a 7 hour CNN town hall on climate change where all the top Democrat Presidential candidates weighed in on banning everything from fossil fuels to beef, and even plastic straws in an effort to save the planet from the evils of mankind. To me, this is nothing more than an excuse to control the masses under the false narrative of saving the planet from climate change.

President Trump has scored another big win on building the wall on the southern border with Mexico. He’s diverting $3.6 billion from the Pentagon budget. This was all made possible with the July Supreme Court decision that allows the Trump Administration to divert money from the Pentagon budget for wall construction. The Left is in total meltdown over this, and that means it was a direct hit on them flooding America with illegal voters in time for the 2020 election.

Even with the big boost in the stock market this week, there are still plenty of warning signs. One top financial expert says the end game of this economic episode will feature very big inflation. So, he says buy hard assets.

(To Donate to USAWatchdog.com Click Here) (UpDate: After starting monetization Wacky YouTube has once again taken it away.  It must be good so [email protected]!)

Bill Holter of JSMineset.com will be the guest for the Early Sunday Release. He’ll talk about gold, silver and the state of the overall economy.