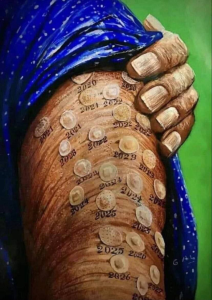 Everywhere you look you see failing narratives.  On the Covid front, they are telling people to get the boosters.  They have gotten two shots already and they are getting Covid.  Another study out of Israel this week says natural immunity is better than injections.  Another study out of Harvard a few weeks ago says the same thing.  Now, the CDC is admitting that 80% of the Omicron cases are with the “Fully Vaxed.”  33% of those cases are with people vaxed and boostered. YouTube just censored a video from Joe Rogan with cardiologist Dr. Peter McCullough warning about how the Deep State is stopping treatments like Ivermectin that work.  The censorship from YouTube has now become part of the failing narrative and is a big story in and of itself.  Now there is this video that showing young athletes dropping from heart attacks after being vaxed.  You cannot hide this.

The entire narrative is falling apart, and Joe Biden keeps losing in court for his precious mandates for experimental vaccines for everyone.  In pro sports, the NFL is fighting new Covid cases by the dozens, and the organization is at least 95% vaxed.  It was just announced that the problem was so bad that the NFL is cancelling some games this weekend.  Their answer to the Covid problem they cannot hide?  More shots are required, and that means getting a booster and more of what does not work.  There are also many new videos of soccer players falling to the ground and grabbing their chests.  They are all vaxed up and having public heart problems while playing a game.  There is nothing to see here.  It’s all just a coincidence as some of the mainstream media tries to explain away why young people in the prime of physical condition are having heart problems after being vaxed.

On the financial front, the temporary or “transitory” inflation has changed to “persistent,” according to Fed Head Jay Powell.  He says he’s going to fight inflation and, yet, passes on raising rates off the near 0% mark this week.  His anti-inflation narrative is failing too, and that means much more inflation is on the way.  Either way, many are going to end up poor.

Join Greg Hunter of USAWatchddog.com as he talks about these stories and more in the Weekly News Wrap-Up 12.17.21.

Biblical cycle analyst Bo Polny will be the guest for the Saturday Night Post.  He is predicting a coming upheaval, and the wicked are going to take a beating.  He will explain.